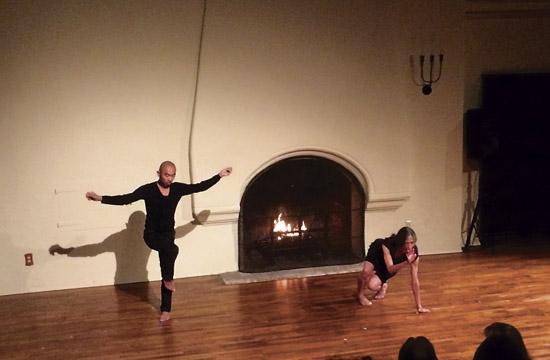 Cross country travel is one of America’s cultural staples, especially in Santa Monica, the end of Route 66. Novels and films reinforce this fact, but it’s not every day that the story of such a trip is relayed through dance. Then again, Santa Monica is not a place for the everyday.

In the summer of 2015, dance instructor and former chair of Santa Monica’s Arts Commission Suchi Branfman and her daughter Lukaza Branfman-Verissimo, also an artist, toured 30 states as part of a seven-week mobile residency called Rooted America, hoping to explore communities that have withstood oppression, both historically and currently.

Branfman choreographed her take-away from that trip into a dance performed at the Miles Playhouse on February 19th and 20th.

“I want to tell stories of people who’ve survived through continuity of culture, as well as I’m interested in issues of power that run through the history of our country,” she said.

Branfman’s dance, which was performed by current and former students as well as her daughter, incorporated Native American movements, audience interactions, and visual and spoken word pieces, relaying different stories heard throughout the residency.

Two other dances opened the evening leading up to Branfman’s. The first, choreographed and performed by renowned dancers Roxanne Steinberg and Oguri, was built around slow movements and performed mostly without music. The second by young LA-based dancer Tom Tsai, called “A Calm Place At Sea,” strung together a series of hands dances, exploring the boundaries between Breaking and Modern Dance.

“I thought all the work had something to do with how we exist together,” Branfman, who curated the entire evening, said. “How we as humans live together and treat each other.”

For more events at the Miles head to smgov.net/Departments/CCS/MilesPlayhouse.