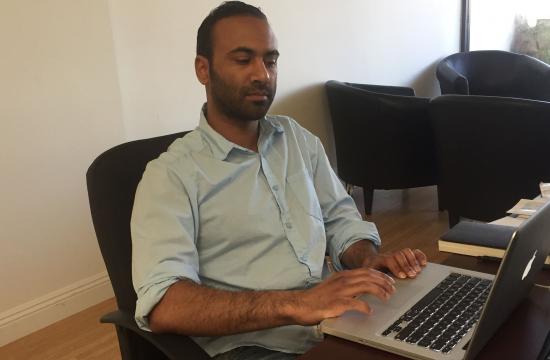 Blitzing a strong field of more than 15,000 nominations, Santa Monica’s Andrew Yakub has been chosen among 600 of the greatest young minds and entrepreneurs recognized in Forbes magazine’s fifth annual 30 Under 30 feature.

Yakub was recognized for his work at Rayton Solar where he has developed technology to create solar panels that are more cost-effective than fossil fuels.

Originally interview by The Mirror in 2015, Yakub attributes much of his success to be located in our vibrant city

“Being based in Santa Monica was critical to our success thus far,” Yakub said. “I moved back here from a brief stint in New York City just so that we could be close to UCLA and part of the vibrant Silicon Beach community. I believe that Los Angeles is the city to be in if you are a solar company – the large expanse of one or two story buildings provides a unique and huge market.”

Rayton Solar uses a proprietary manufacturing process to produce solar panels that are 60 percent cheaper and 25 percent more efficient than the market standard. Silicon is the most expensive component of a panel and rather than using traditional methods of cutting the silicon wafers, they use a new ion implantation and layer transfer technology. Designed to make silicon wafers about one one-hundredth of the thickness of standard wafers, this process produces more panels using less material, lowering the cost dramatically.

“It inspires me greatly to see that Forbes has an entire category devoted to recognizing advancements in energy,” Yakub said. “My hope is that this will spark a much larger conversation about renewable energy and its role in solving our current energy crisis.”

“Repairing a broken energy system will improve things like national security, domestic economics, and US job security in addition to the more well-known environmental and climate issues,” Yakub added.

Prior to his work in the solar industry, Yakub studied Physics at the University of California, Santa Barbara before working as an engineer at the UCLA Particle Beam Physics Laboratory. Yakub also spent time at NASA’s Jet Propulsion Laboratory working on the Mars Science Laboratory exploratory probe.

Rayton Solar is currently working on its next round of funding, which is expected to open before summer 2016.