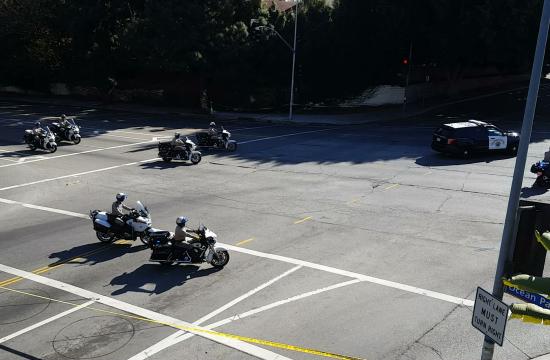 Local traffic ground to a halt this morning as President Obama made his way to Santa Monica Airport.

A motorcycle officer assigned to the protective services detail that handles travel security for President Barack Obama was involved in a non-injury accident on the southbound San Diego (405) Freeway at Olympic Boulevardin West Los Angeles about 10:20am, apparently while escorting him from Westwood to SMO.

The officer wasn’t hurt, according to the California Highway Patrol.