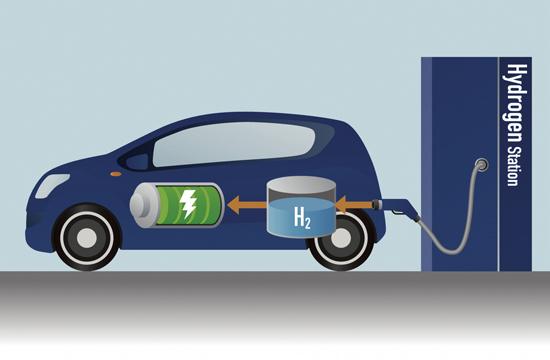 The mid-January announcement from the chief executive of Toyota Motor North America about his company’s new hydrogen-powered Mirai luxury car received almost no attention outside a few trade newsletters.

“We have asked [dealers] not to make deliveries until we have a station open [near them],” Jim Lentz said on the sidelines of an automotive show in Detroit.

That translates to many more months of waiting for almost all Californians who have so far ordered the Mirai, the first of many hydrogen fuel cell cars to come on the market. Some dealers list the Mirai with a manufacturer’s suggested price of $58,500, but the net cost actually comes to much less after state and federal tax credits are applied.

It also means that lousy – some called them corrupt – past decisions by the California Energy Commission are hitting home. The commission each year gives out tens of millions of dollars to aid construction of refueling stations for hydrogen cars which, as long expected, began to arrive around Jan. 1.

Those grants were supposed to assure an adequate supply of refueling stations would be ready by now. These usually take the form of an additional pump island in a pre-existing gas station.

Altogether, the Energy Commission has funded 49 stations to the tune of about $96 million, of which it says 14 are now operational. Eventually, it will fund about 100 stations, using gasoline tax money. But the California Fuel Cell Partnership, to whose website the Energy Commission refers questions about locations (http://cafcp.org/stationmap), listed only six retail stations open as of Jan. 20. The rest are private, used by bus companies and other fleet operators.

That’s why Toyota now authorizes only four of its California dealers to deliver the Mirai, and won’t add more until many more stations open, something that’s unlikely for at least several months.

It’s at least partly the result of those past decisions by the Energy Commission, whose members serve at the pleasure of Gov. Jerry Brown. In 2012 and previously, for example, the commission would give hydrogen highway grants only to companies approved by at least one of the eight automakers due to build hydrogen cars. Those grants went mostly to large international industrial gas companies like Linde Group LLC and Air Products & Chemicals Inc.

After the rule was exposed, the commission pulled back $28 million in 2012 grants, delaying them about six months while it developed new rules. This might be one reason Air Products, recipient of $14.2 million for 10 stations, had only three open as 2016 began.

Then, in 2014, this column exposed an apparent conflict of interest in 20 other tentative refueling station grants to a brand new company that had never built anything. Another significant delay followed while the Energy Commission sought a ruling from the state Fair Political Practices Commission, which eventually allowed the grants in an opinion some lawyers described as “riddled with sophistry.” It was a case of one commission made up entirely of Brown appointees getting approval from another exclusively Brown-appointed commission, the left hand okaying what the right hand wanted to do with many millions in tax dollars.

Of those 20 stations, the company website listed none open on Jan. 20, but its Coalinga location was actually operating by then.

Had the grants been clean to begin with, many more stations could be open today, with far more ultra-green hydrogen cars on the road.

There are other problems, too. One station developer has been delayed by the bankruptcy of a Spanish company making components of its electrolyzing unit. State officials face a months-long backlog in certifying that hydrogen gas (priced at about $8 to $9 per kilogram, roughly equivalent to $3-per-gallon gasoline) is measured accurately when it’s pumped.

The upshot is that the cleanest cars ever built – hydrogen cars emit only water as exhaust – won’t be a significant presence in California for many months after they could have been, at least in part because of highly questionable decisions and rules made by the commission whose job is to encourage those cars.