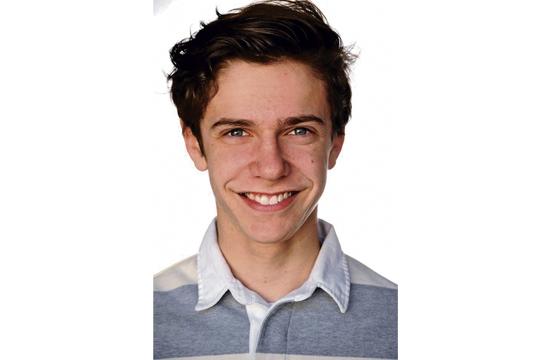 The candidates were nominated from over 11,000 participants in the annual YoungArts competition conducted by the National YoungArts Foundation.

“I honestly just feel incredibly lucky,” Ben Ross told The Mirror. “I was able to receive this honor because I was named a YoungArts National finalist and I know that a lot of young artists either don’t know about YoungArts, or don’t live in places where the arts are necessarily valued, so I just feel so lucky to have had all of these opportunities at my disposal throughout high school. It’s also such an exciting possibility.”

Being nominated means a great deal, Ross explained, but the possibility of being honored at the Kennedy Center in Washington D.C. would be a dream come true.

“I’ve always been a very politically active person,” Ross said. “In my high school, I’m known as the “kid who has too many opinions,” and I think I’ve earned that reputation by being very outspoken about my views on different social and political current issues.”

The U.S. Presidential Scholars Program was established in 1964 by Executive Order of the President to recognize some of the nation’s most distinguished graduating seniors for their accomplishments in many areas: academic success, leadership, and service to school and community. It was expanded in 1979 to recognize students demonstrating exceptional scholarship and talent in the visual, creative, and performing arts.

“Being nominated as a presidential scholar further solidifies in my mind the idea that politics and the arts can and should go hand-in-hand,” Ross said.

“Also this honor opens up the door to a lot of alumni opportunities which will be extremely valuable,” the 18-year-old added.

Annually, up to 161 U.S. Presidential Scholars are chosen from among that year’s senior class, representing excellence in education and the promise of greatness in America’s youth.

All Scholars are invited to Washington, DC in June for the National Recognition Program, featuring various events and enrichment activities and culminating in the presentation of the Presidential Scholars Medallion during a White House-sponsored ceremony.