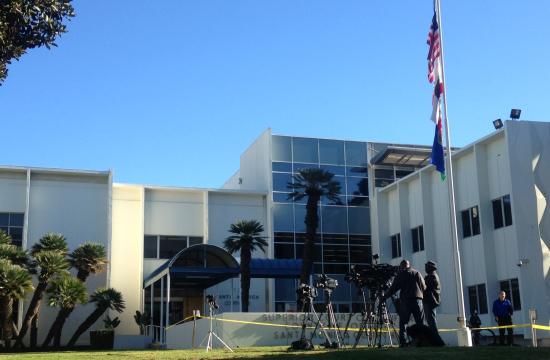 A motions hearing is underway at Santa Monica Courthouse in Judy Huth’s lawsuit against Bill Cosby.

The Riverside County woman alleges the actor/comedian sexually assaulted her at the Playboy Mansion in 1974, when she was 15 years old.

Huth filed a sexual battery lawsuit against Cosby alleging that he sexually assaulted her at the Playboy Mansion in 1974 when she was just 15 years old.

The hearing began at 8.30am this morning at the L.A. County Superior Court in Santa Monica.