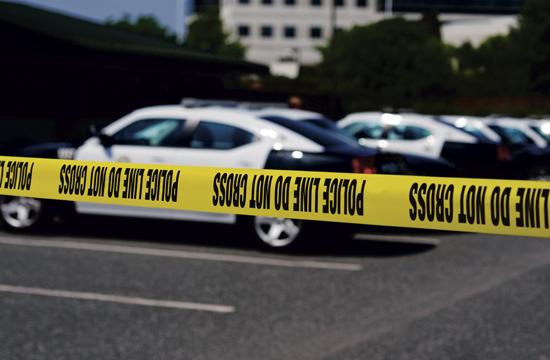 On Wednesday, January 13, at midnight officers of the Santa Monica Police Department who were on patrol in the 2500 block of Lincoln Boulevard spotted a car that had a broken tail light so they stopped the vehicle in order to issue a citation to the driver. The officers approached the driver and asked him to produce his drivers’ license 7/24 guncel qiz porno azeri seks. and vehicle registration and he told them that they were contained inside his trunk and that he would need to exit the vehicle in order to retrieve the items. Before the officers would agree to this they searched the driver (as is the protocol) in order to ensure that he did not possess any weapons (that might be a possible threat to the officers) and low and behold the officers found that the man was in possession of a set of brass knuckles. This 27-year-old resident of San Diego was arrested and charged with being in possession of a deadly weapon. Officers also discovered that this man had an outstanding warrant from the Los Angeles Police Department. Bail was set at $20,000.

Spat On A Bus.

On Tuesday, January 19, at 10:15am officers of the Santa Monica Police Department were called out to investigate a report of an assault that had occurred on a Big Blue Bus in the area of 14th Street and Santa Monica Boulevard. When the officers arrived at the location they spoke with the parties concerned and learned that the suspect had boarded the bus in Los Angeles and had told the driver that he did not have the money to pay the bus fare. The driver had allowed the suspect to stay on the bus anyway and as the bus was travelling on Santa Monica Boulevard approaching 14th Street the suspect had rung the bell requesting that the bus stop. The bus did not stop at that particular point because, as the driver of the bus explained to the officers, the bus had already passed that bus stop when the suspect had requested that he be allowed to disembark The driver added that when he had explained that to the suspect the suspect had begun to yell at him and added that the suspect had walked up the bus aisle and shouted racial slurs at him. The suspect had then spat at the driver twice. The spittle had impacted the bus drivers’ face. The bus driver told the officers that he had then asked this man to leave the bus but that the man had approached him and was about to spit at him a third time when the driver had defended himself by punching the suspect in the face. The driver called the police at that time and the suspect exited the bus and had also called the police himself from a nearby payphone. The officers spoke to other passengers on the bus. These witnesses corroborated the bus drivers’ story so the officers arrested the suspect, a 38-year-old resident of Los Angeles, and he was charged with assault and battery. Bail was set at $20,000.

Young Man, There’s A Place You Can Go (Jail).

On Tuesday, January 19, at 1:40am officers of the Santa Monica Police Department were on patrol in the west end of Bay Street when they chanced upon a group of young men who were standing around some parked vehicles on the street. The officers considered that the demeanor of these young men (furtive looks and nervous body language) was of a suspicious nature so they decided to stop their police vehicle and chat to the young men in order to ascertain what was going on. Upon exiting their vehicle the officers detected the pungent odor of marijuana emanating from the vicinity of the young men. The officers asked the young men what they were doing and they told the officers that they were smoking marijuana. The officers then enquired as to whether any of the young men had any other illegal items upon their persons and one of the young men said that he did indeed possess a knife. The officers then, in order to ensure their own safety, patted this young man down and discovered what is known as a “butterfly knife” in his pocket. A butterfly knife, also known as a fan knife is a folding pocketknife with two handles counter-rotating around the tang such that, when closed, the blade is concealed within grooves in the handles. This type of knife is illegal to possess in public in California. The officers thus arrested this 19-year-old Los Angeles resident and he was charged with possession of a switchblade. Bail was set at $500.

Break The Ice With Vodka.

On Wednesday, January 20, at 12:40pm officers of the Santa Monica Police Department were called out to attend to a report of domestic violence at a residence located in the 1400 block of Fifth Street. When the officers arrived at the location they spotted the female victim standing outside the building. The victim was crying uncontrollably and appeared to be in a state of absolute and total distress. The officers managed to calm the victim down enough to ask her a few questions. The victim told the officers that at some time in the past herself and the suspect had been involved in a dating relationship. She added that they had also co-habited for a brief period of time in 2013, but that she had ended the relationship after numerous incidences of domestic violence. The explained to the officers that the suspect (her ex-boyfriend) is an alcoholic and also suffered from a certain mental illness (not specified). She continued to say that on the day prior (Tuesday, January 16) she had contacted the suspect and had asked him to give her a ride so that she could visit a doctor. She said that the suspect had given her the ride but upon returning to her residence he had begun to consume vodka and had then become verbally abusive. She said that the suspect’s behavior and thought processes had become irrational and fantastic and that he claimed that some unidentified people were using special tracking signals in order to follow him. At that time she had asked her ex-boyfriend to leave the premises but he refused and after consuming more vodka he fell asleep. Upon awakening the following day (Thursday, January 20) the suspect resumed his drinking of vodka and his behavior became even stranger. She said that he punched her several times in her face and body and that he had told her he was intent upon killing her. She told the officers that when the suspect had gone into another room she made her escape and stopped a passerby and utilized that person’s cellphone in order to summon assistance from the police. After the officers heard all of this from the victim they entered the victim’s residence and discovered the suspect inside. Without further ado the officers handcuffed this man and took him off to jail where he was later charged with domestic violence and threats. Bail for this 58-year-old resident of San Diego was set at $50,000.