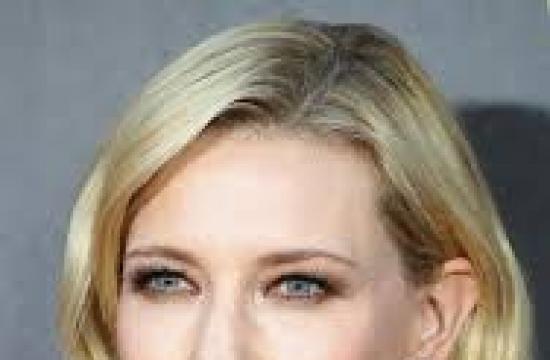 "Carol," the Cate Blanchett romance between a pair of women in 1950s New York, will carry a leading six nominations into today’s presentation of the 2016 Film Independent Spirit Awards, which honor the best in independent film.

"Beasts of No Nation," an African war drama, and "Spotlight," the journalism drama about a team of reporters investigating sexual abuse of children by priests in Boston, each have five nods.

All three films will compete for the top honor of best feature, along with Charlie Kaufman’s animated comic-drama "Anomalisa" and the transgender drama "Tangerine."

"Carol" co-stars Blanchett and Rooney Mara are both nominated for best actress, along with Oscar front-runner Brie Larson for "Room," Bel Powley for "The Diary of a Teenage Girl" and Kitana Kiki Rodriguez for "Tangerine."

Best actor nominees are Christopher Abbott for "James White," Abraham Attah for "Beasts of No Nation," Ben Mendelsohn for "Mississippi Grind," Jason Segal for "The End of the Tour" and Koudous Seihon for "Mediterranea."

In addition to its nomination for best feature, "Spotlight" will receive the Robert Altman Award, which honors a film’s director, casting director and ensemble cast.

"’Spotlight’ is a remarkable film that excels on every level, but the nominating committee thought it was especially deserving of the Robert Altman Award," Film Independent President Josh Welsh said. "The film is beautifully cast with every member of the ensemble working together to tell the story of the Boston Globe investigating allegations of abuse in the Catholic Church."

"Spotlight" is considered one of the favorites to win best picture at Sunday’s Oscars. The film won best ensemble cast at the Screen Actors Guild Awards and best picture at the Critics Choice Awards.

The Spirit Awards ceremony will be hosted by Kate McKinnon and Kumail Nanjiani.

Here is a complete list of nominations: BEST FEATURE (Award given to the Producer. Executive Producers are not awarded.)

— "Songs My Brothers Taught Me," Director/Producer: Chloe Zhao; Producers: Mollye Asher, Nina Yang Bongiovi, Angela C. Lee, Forest Whitaker JOHN CASSAVETES AWARD – Given to the best feature made for under $500,000. Award given to the writer, director and producer. Executive Producers are not awarded.

— Donald Margulies, "The End of the Tour"

— Jesse Andrews, "Me and Earl and the Dying Girl"

— Marielle Heller, "The Diary of a Teenage Girl"

— Bel Powley, "The Diary of a Teenage Girl"

— Abraham Attah, "Beasts of No Nation"

— Idris Elba, "Beasts of No Nation"

— "A Pigeon Sat on a Branch Reflecting on Existence" (Sweden), Director: Roy Andersson

— Rebecca Green and Laura D. Smith 22nd ANNUAL KIEHL’S SOMEONE TO WATCH AWARD – The 22nd annual Someone to Watch Award, sponsored by Kiehl’s Since 1851, recognizes a talented filmmaker of singular vision who has not yet received appropriate recognition. The award includes a $25,000 unrestricted grant funded by Kiehl’s Since 1851.

— "Songs My Brothers Taught Me," Director: Chloe Zhao 21st TRUER THAN FICTION AWARD – The 21st annual Truer Than Fiction Award is presented to an emerging director of non-fiction features who has not yet received significant recognition. The award includes a $25,000 unrestricted grant.

— "Among the Believers," Directors: Mohammed Ali Naqvi and Hemal Trivedi

— "A Woman Like Me," Directors: Elizabeth Giamatti and Alex Sichel