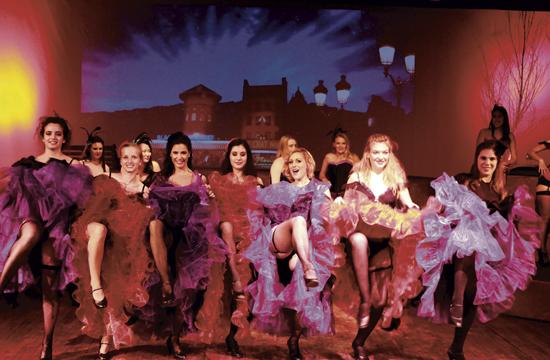 Edgemar Center for the Arts is currently showcasing a world premiere original cabaret: “A Night At The Black Cat Cabaret.” The performance promises a provocative and seductive night of music and dance.

Set in Paris, 1943, when soldiers, smugglers, and society’s elite tried to escape the realities of war by dancing and drinking at the Black Cat Cabaret, the show is a trip back in time.

Created and directed by Michelle Danner, with original songs by Jose Promis, “A Night At The Black Cat Cabaret” was written by Brian Drillinger, choreographed by Amanda Ritchie, and features musical direction from Hudson Long. The performance is produced by Alexandra Guarnieri.

“A Night At The Black Cat Cabaret is playing now until April 30 at Edgemar Center for the Arts, on the Main Stage, 2437 Main Street, Santa Monica with performances Friday and Saturday nights at 8pm. Admission is $35-$45 a ticket. Go to edgmarcenter.org.

The Edgemar Arts Center houses the Michelle Danner Acting Conservatory, and hosts award-winning theatre, music, dance, and film festivals. Cinema at the Edge runs April 7-10, 2016 and celebrates independent films of all genres that feature a distinct vision and a unique voice. Go to cinemaattheedge.com.