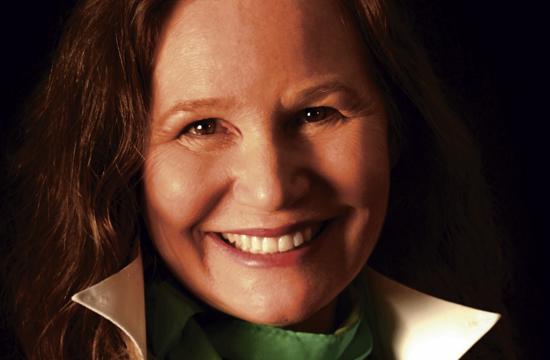 In celebration of Women’s History month, the Museum of Flying will be presenting a one woman performance of “Amelia Earhart – In Her Own Words” written and to be performed by acclaimed actress, Roberta Bassin.

The performance will take place Saturday, March 19 at 2pm and will enable audiences an up close and personal experience with the character.

Amelia Earhart is one of America’s most famous and admired heroines. The public closely followed her exploits when she was alive, and the mystery of her disappearance remains endlessly intriguing, explained actress Roberta Bassin who takes on the strong role in her performance.

“She went after what she wanted to do. It takes a lot of courage to overcome things that are in your way, to pursue your interests and have fun doing it,” Bassin said.

“From my years of research and performance, Amelia’s words and deeds have been inspirational for me,” the actress added. “Through my play and now book, I hope to inspire others to follow their passion, making their dreams come true. As Amelia said, ‘If you follow the inner desire of your heart, the incidentals will take care of themselves.’”

The play is perfect for aviation buffs, history lovers, and anyone else who appreciates great entertainment, Bassin explained.

Earhart was the first woman to fly across the Atlantic Ocean as a passenger in 1928. She then proved four years later she could make the crossing “alone if only to vindicate myself.”

The famed aviator disappeared over the Pacific in 1937, on her attempted around the world flight. The mystery of her disappearance is cause for heated debate and conjecture to the present day.

Bassin is a professional actress who has appeared in numerous television shows and movies including “Ray Donovan,” “Criminal Minds,” and “Grey’s Anatomy.” She’s worked with directors such as Oliver Stone and Clint Eastwood, and actors including Mickey Rourke and Leonardo DiCaprio.

After bringing America’s legendary heroine, aviator Earhart, “to life on stage,” Bassin’s fans and supporters encouraged her to author a book presenting what she has learned from years of research and personal experiences in performing this role. “Amelia Earhart, Me, and Our Friends, Journaling the Journey,” is now available on Amazon.

The one-time performance at the Museum of Flying will be followed by a book signing in front of the replica Lockheed Vega that Amelia Earhart set speed records flying in the early 1930’s.  The Museum is currently open Friday through Sunday from 10am until 5pm. Admission to the Museum is $10 for adults, $8 seniors/students, and $6 for children aged
3 – 12, children under 3 years of age are free.