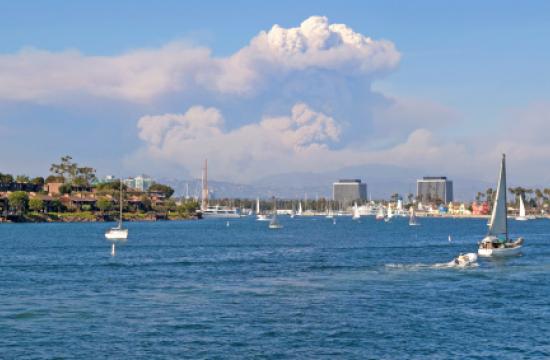 The Board of Supervisors offered a $10,000 reward today for information that leads to whoever is responsible for the death of a dog that was tied to a shovel on Mother’s Beach in Marina del Rey, bringing the total reward pot to $20,000.

People for the Ethical Treatment of Animals and the Humane Society of the United States are both offering $5,000 rewards.

The Los Angeles County Department of Animal Care and Control and the Sheriff’s Department are investigating the death of the tethered mixed-breed puppy that likely drowned as the tide came in.

Authorities were notified of the death last Wednesday morning by a group of lightweight-boat paddlers who said they noticed a blue-handled shovel sticking out of the water. When they got closer, they were shocked to find the animal tied to it.

A black rope had been wrapped around the dog’s neck and the lower portion of the partially submerged shovel in the 14100 block of Palawan Way.

“This is an extremely disturbing incident,” Knabe said, adding that there was similar act of extreme cruelty in the same area recently.

The DACC was working to get updated information on the puppy.

“We have an outdated tag with the name of a former owner,” Aaron Reyes, deputy director of the DACC said Monday. “But this is like many such investigations. We have many scenarios in the list, digging up and calling and interviewing people.”

PETA is hoping the reward money will entice a tipster to come forward.

“This little dog endured the terror and agony of being staked to the sand and drowning in the rising ocean waters,” said PETA Senior Director Colleen O’Brien. “PETA urges anyone with information about this crime to come forward immediately, before whoever is responsible for this animal’s horrifying death hurts someone else.”

One of the paddlers, Malia Zimmerman, posted a photo of the dog to her Facebook page.

“Sometimes people can be extraordinarily cruel,” she wrote. “We already reported this act of animal cruelty but it would be great to catch the puppy killer.’

Anyone with information was asked to call the Department of Animal Care and Control at (562) 728-4572.