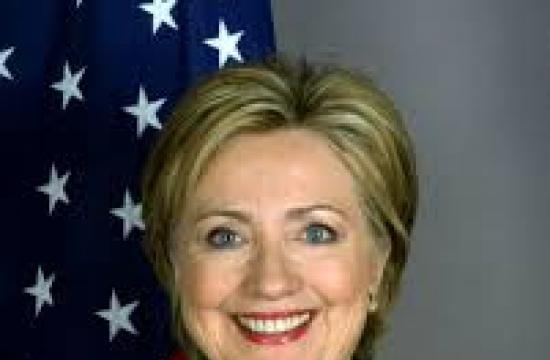 Former Secretary of State Hillary Clinton is scheduled to speak at fundraisers in Santa Monica and Hollywood on March 24 for her campaign for the Democratic presidential nomination.

Tickets for what is billed as a "Conversation with Hillary Rodham Clinton" at the Santa Monica home of Julia Franz and Chris Silbermann are $2,700, according to an invitation obtained today by City News Service.

Individuals raising $10,000 for the late-afternoon event will be designated as co-hosts and receive an invitation to a reception with fellow co- hosts and be able to have their picture taken with Clinton.

Silbermann is a co-founder of the talent agency ICM Partners. Franz, his wife, is the producer of such television series as "State of Affairs," "Men at Work" and "Made in Jersey."

Clinton will also speak at an evening event at the Avalon Hollywood nightclub. Tickets start at $500, with a $1,000 ticket giving the donor "preferred viewing," according to the invitation.

Individuals raising $10,000 will be designated as co-hosts and receive an invitation to a reception with fellow co-hosts and be able to have their picture taken with Clinton.

The trip will be the 68-year-old Clinton’s eighth to the Los Angeles area since declaring her candidacy on April 12, 2015. Clinton has held 20 fundraisers during her previous visits, including three during her most recent visit on Feb. 22.

Clinton also participated in a roundtable discussion with a group of home-care providers, appeared on the ABC late-night talk show "Jimmy Kimmel Live" and helped introduce the "Asian Americans and Pacific Islanders for Hillary" initiative.