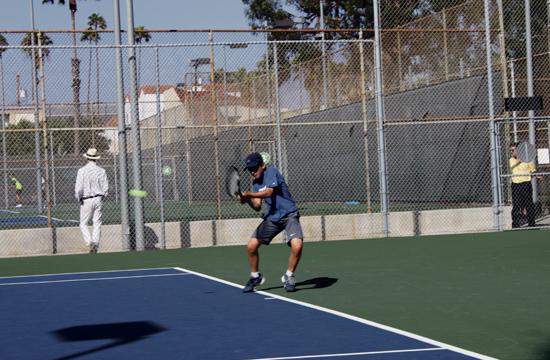 Santa Monica will host one of the nation’s most prestigious junior tennis tournaments this weekend and next, with the 100th anniversary of the competition that Mayor Thomas Dudley organized in 1916 taking to local courts.

As the city’s longest-running sports event, the tournament is open to boys and girls in age categories from 10 to 18 years and includes both singles and doubles competition.

This year’s tournament will host over 300 players from all over Southern California and interstate, with several international hopefuls registered as well.

Matches will be played on March 26 and 27, and April 2 and 3, at Reed Park, the Ocean View courts, Santa Monica High School, and Riviera Tennis Club. The finals for singles and doubles in all age groups will be held at Reed Park on Sunday, April 3.

Headquartered at Reed Park, at the corner of Lincoln and Wilshire Blvds., the Dudley Cup has attracted many junior players who went on to fame as professionals, including Dodo Cheney, Gussie Moran, Jack Kramer, Billie Jean King, and Tracy Austin.

Bill Nissley has served as Tournament Director for over 40 years. He will be honored at a presentation at Reed Park at 9am on Saturday, April 2. Nissley’s former student and now State Senator Ben Allen, and Santa Monica Mayor Tony Vasquez will host the ceremony with many of the director’s former students and their families expected to attend.

As part of the Dudley Cup celebration, the Santa Monica Conservancy is opening the landmark Gussie Moran house, see story in Scene, page 3.