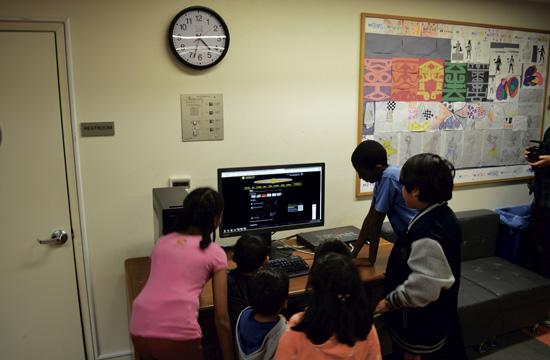 Residents in 10 of Santa Monica’s affordable housing communities will be the first to trial the world’s fastest broadband speeds in their homes after City Council greenlit residential subscription prices that are the cheapest to be found.

“In a global economy, any competitive edge we can offer our community is a worthy venture,” Gary Carter, Santa Monica City’s Community Broadband Manager told The Mirror.

“Santa Monica is uniquely positioned to collaboratively innovate as a community to fully leverage the technology of a cutting edge fiber optic network,” Carter explained. “The goals of our Digital Inclusion Pilot go far beyond offering ridiculously fast internet. We fully intend to test replique de montre and launch services currently considered “futuristic” by the rest of the nation, during our pilot.”

Currently the pilot program is delivering free 1 Gigabit broadband, and at least one desktop computer, to community rooms at the 10 selected affordable housing complexes, allowing K-12 students and their parents without broadband or computers in their home to walk downstairs and access the internet for homework help and research.

“Broadband is no longer viewed as an amenity, but a basic necessity central to education and productivity,” Carter said.

“The goal is to provide globally competitive broadband as affordable as possible, while maintaining a fiscally sustainable program,” Carter said. “There is also a national focus on the importance of broadband in our lives by the Obama Administration and the FCC. Just today [Wednesday], the White House announced a ConnectAll effort to connect 20 million more Americans to broadband by 2020.

“I envision Santa Monica’s broadband program will continue to maintain its commitment to continuous innovation – increasing broadband speed and capacity ahead of global telecom trends, at an affordable rate, to enable next generation applications for businesses and residents.”

For more about the program, or to apply, head to smcitynet.com.