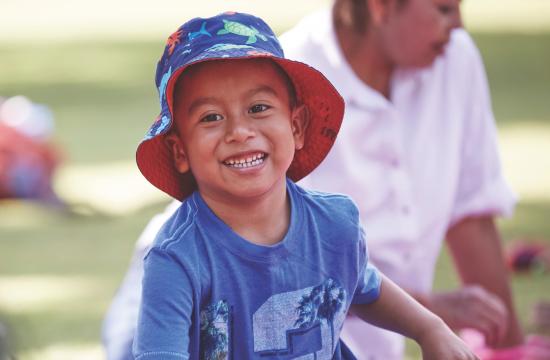 Santa Monica’s Connections For Children is marking a major milestone, celebrating 40 years of service to the city and surrounds.

Connections For Children (CFC) was founded in Santa Monica in 1976 as one of the first childcare and referral agencies in California. Now, 40 years later, CFC has helped tens of thousands of families meet their needs of childcare and early education.

CFC provides services as far north as Malibu and as far south as Rancho Palos Verdes, encompassing 14 cities on the Westside and South Bay.

“Our mission has always been to build a stronger future for children, families and our communities through quality child care resources, education and guidance,” said Patti Oblath, executive director of CFC. “We thank our supporters for the past 40 years of success and look forward to a future of continued excellence,” she said.

“Forty years of service really adds up,” Oblath, who has been with the foundation for 16 years, said. “For example, we’ve fielded 165,000 requests for information and referrals; 35,000 children have benefitted from financial aid, and we’ve provided 37,500 hours of coaching for early educators.”

“The number we’re most proud of is how much we’ve added to the local economy and the small businesses that provide childcare. In the past 40 years through child care referrals, it’s an impressive $185,000,000,” she added.

Last year alone, CFC contributed an estimated $5,163,225 into the local economy, according to the foundation.

“We’ve enjoyed many collaborations along the way,” said Board of Directors President Iao Katagiri. “In our early days, real estate developer Doug Pardee made a significant donation to boost the program. The City of Santa Monica also granted seed money to develop childcare resource and referral services with the City.”

The foundation then forged successful collaborations with UCLA , as well as with Santa Monica and El Camino Community Colleges, according to Katagiri.

“In addition, we were one of the first organizations funded by First 5 LA,” she said.

For foundation beneficiaries, the service has enabled a better start in life for their kids.

“Quite literally CFC saved my life,” said a parent whose son was able to start preschool while she went to work. “It was the ray of hope and help and bridged the gap between barely surviving and enjoying a happy home! Happy anniversary, Connections For Children.”