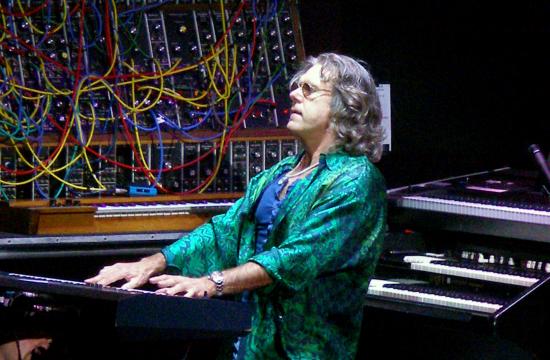 It’s probably no more mysterious that America has an obsession with Elvis than it is to remember that we used to have one with Liberace. Both were flamboyant and over-stated in their own way, and both were loved.  Both left us with some souvenirs, and among our Elvis memorabilia is the phrase “Elvis has left the building.” It was meant to tell impassioned fans at a concert’s end that they could keep on clapping their hands off if they wanted to, but “The King” was already on his way home for a fried peanut butter sandwich and Lord knows what else.

That phrase took on a somewhat deeper meaning when Elvis actually did check-out of the big Heartbreak Hotel on August 16, 1977. Overweight and addicted to prescription drugs and junk food, most accounts claim Elvis keeled over unconscious while sitting on a toilet in Graceland. If so, it was at the least an inelegant way to go.

But the truth is that we’re not that kind to our rock gods in their later years. True, many boomer generation rock heroes have proven to be reliable revenue producers and touring acts long into their 60’s and 70’s. But there’s something about how they go on and on that always seems to bump us. Were they supposed to burn brightly, then return to the planet Rocko 9 and just leave those great memories?  We seem to not like it when our rock heroes ultimately prove to be mortals. We can age; not them.

The Mirror has reported that keyboardist Keith Emerson of the 1970’s “super group” Emerson, Lake, and Palmer was found dead at 71 in his Santa Monica home of a shotgun wound to the head that, according to police, was apparently self-inflicted.

Emerson’s girlfriend Mari Kawaguchi has told the U.K.’s Daily Mail that Emerson was distraught over problems in his right hand and arm that impacted his musicianship and ability to play at the level he had in the past.

Well, many of us are in some way not playing at the level we have in the past. But then, few of us have ever played large venues filled with screaming fans that saw in us a transcendent experience of rock music integrated with classical and jazz. If Keith Emerson was driven to suicide by the realization that his gift would never return to the level of his youth, then that’s a sad way to leave the building.

This is where one would might point to some “geezer” rockers like Elton John or Neil Young who appear to be not only accepting the changes of aging but even integrating them into their work. But we only know what we see and they present to us. They create new work, they perform often, but privately they might not be that happy about the inelegance of aging in rock and pop.

Millions world-wide were impressed with the courage of David Bowie in keeping his health situation to himself right up to the finale. His death and the release of one of his best recordings happened almost simultaneously, as though he were apologizing by leaving us a gift. And yet, I think many felt cheated in some way. Why didn’t Bowie share more with his fans? Why didn’t he let us begin our mourning sooner when we he might have heard our voices? And in that way, again… maybe there’s no good way to leave the building.

It’s not a fresh observation that my generation continues to fight off the indignities of aging with exercise and diet and maybe a little Botox.  We buy hoodies and continue to wear jeans, hoping to blend in or at least project that we’re aware of our surroundings and times. Our tech toys keep us connected and “wired,” even playing our old music for us to enjoy.  We want to remain in the here and now, and in some cases we’ve been a bit cranky in giving up territory that should have long ago been surrendered.  At some point, Meryl Streep will likely become a seasoned female police detective on TV and still go on for many seasons.

But rock… that glorious thunderstorm of voluminous clouds of sound and distortion and lights that caused my generation to believe something really cosmic was happening in a sports arena… is a stern master when it comes to exits.  Keith Emerson on stage in the 70s was something akin to a magician with real powers, not just tricks.  To know that he struggled with a failing right arm paints a less powerful image. And right there is the ridiculous unfairness of it all.

My first year of college away from home, I rented a room in an aged house owned by an older religious couple who were constantly leaving out pamphlets warning me and my roommate about the dangers of drugs and sex.  I had one of those portable GE stereos, with a name like “Maverick” or “Wildcat,” that somehow evaporated more audio out of a record album than it returned through the speakers. But I would play “Lucky Man” by Emerson, Lake and Palmer about 3 times a day. Eventually, the couple and my rock audio needs proved incompatible and I found an apartment with two other buddies. In leaving that house, however, I hugged the wife and shook the old man’s hand.  With my records, including the work of Keith Emerson, in a crate and the GE Wildcat in my hand I was able to leave that building with a small bit of elegance. And the music played on.