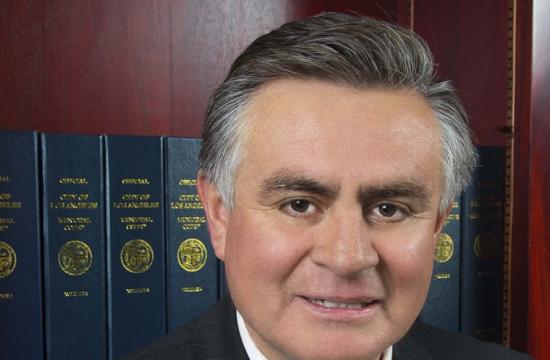 The Chair is elected for a one-year term, with no term limits, and also presides over the Executive Committee.  Zaldivar, on the Governing Board since 2008, replaces the outgoing Micheál O’Leary who has served as Chair since the end of 2012, and is departing due to being termed out of his position on the Culver City city council.

Zaldivar is steeped in many of the Santa Monica Bay issues that the Commission is focused on as expressed in the Bay Restoration Plan.  He leads and manages LASAN which oversees key environmental and infrastructure programs such as the City’s Clean Water Program, which includes the flagship Hyperion Water Reclamation Plant; the Solid Resources Program, which has achieved one of the highest recycling rates in the nation at 76.4%; and the innovative Watershed Protection Program, which uses green infrastructure to achieve water quality objectives for urban stormwater runoff, and also provides open space, urban habitat support, and water supply.