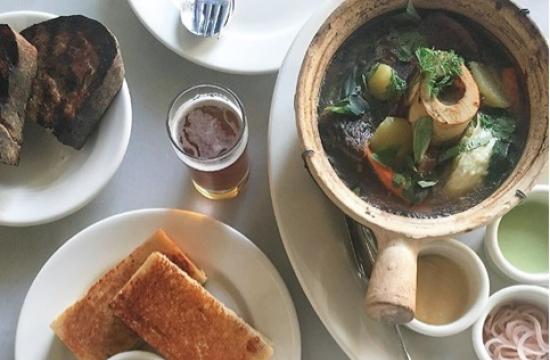 Online restaurant reservation site OpenTable today released its list of the 100 "hottest restaurants in America" for 2016, with 17 eateries in the Los Angeles area making the cut.

The list reflects the combined opinions of more than 5 million restaurant reviews submitted between March 1, 2015, and Feb. 29 by verified OpenTable diners for more than 20,000 restaurants in all 50 states and the District of Columbia, according to the website.

Of the local restaurants on the list, eight are located in West Hollywood: E.P.+L.P., .ink, The Ivy, The Nice Guy, Toca Madera, Ysabel, Pump and Sur Lounge. The latter two eateries are operated by onetime "Dancing With the Stars" contestant Lisa Vanderpump and husband Ken Todd, who appear on the Bravo series "The Real Housewives of Beverly Hills" and "Vanderpump Rules."

No Orange County restaurants were on the list, which includes honorees in 27 states.

California has 25 winning restaurants, followed by New York with 15, Florida and Illinois with seven each, Texas with five, Colorado and Georgia with four winners apiece, and Louisiana, Massachusetts and Nevada with three each.

More than one-fifth of the restaurants on the list opened their doors in 2015. While American cuisine was quite popular, Asian, global, Italian, Mexican and sushi eateries also made strong showings.

All restaurants with a minimum "overall" score and number of qualifying reviews were included for consideration, according to OpenTable. Qualifying restaurants were then sorted according to a score calculated from each eatery’s average rating in the "hot spot" category.