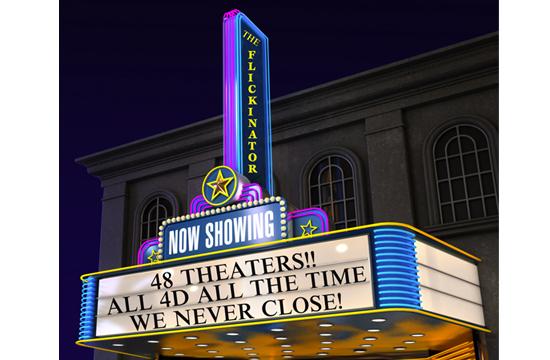 National General Multiple Theaters has announced it will soon break ground on Santa Monica’s first 48 screen Enormoplex movie theater.  Referred to by industry insiders as “The Flickinator,” new technology will allow the 48 screen venue to show comic book franchise movies as they are being shot and produced.  “All the waiting for another loud movie with cartoon people in it is over!” stated