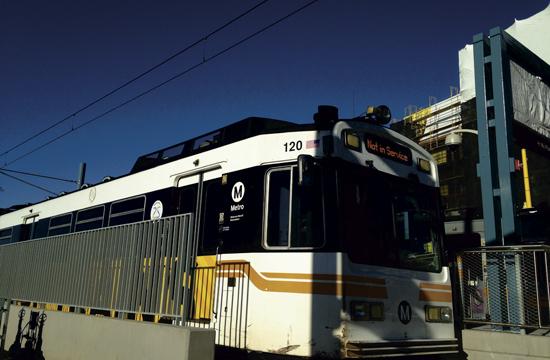 A Metro Expo Line train and a car collided today near the Expo/Western Station southwest of downtown Los Angeles, but no injuries were reported.

The accident occurred about 8:30 a.m. near Exposition Boulevard and Western Avenue, according to Metro.

Expo Line will officially open to Palms, West Los Angeles, and Santa Monica on Friday, May 20.  For now trains are running to test the line. Drivers should pay attention to rail signals and be wary not to stop on the tracks.

The Expo Line will extend light rail service from the current terminus in Culver City to Santa Monica, with 7 new stations serving popular destinations along the Westside.

Travel between downtown Los Angeles and Santa Monica will take approximately 46 minutes, even during rush hour.