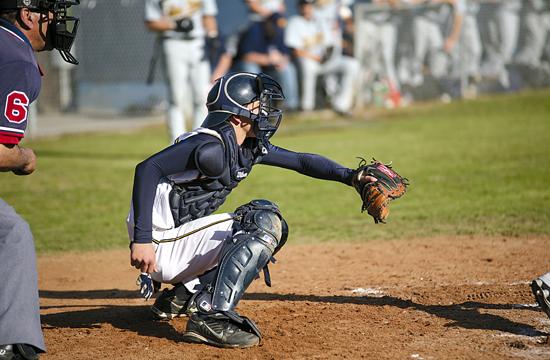 Three baseball players from the Santa Monica High School baseball team have been suspended for one week and six baseball games after allegedly smoking marijuana during a baseball tournament in San Diego, according to several sources who spoke directly with The Mirror.

The incident occurred while the team was participating in varsity games in San Diego during spring break.

The sources, who wish to remain anonymous for fear of retribution, also claim that the entire incident is a cover up and that the team and coach should be facing more serious consequences.

According to one source, who said they have been speaking with parents from the baseball team, more than four players,  who were singled-out at the time, were involved in the alleged drug-smoking incident, and at one point the coach interrogated one of the players alone in the bathroom.

“The school is sending the wrong message,” commented Tony Todd, former Santa Monica High School assistant baseball coach. “They’re saying, ‘As a student athlete, you can do drugs and move on with your career just fine,’ and it starts with the coach.”

According to Todd, current Samohi Baseball Head Coach Loren Drake, has not handled the incident properly.

“This situation never should have happened,” Todd said. “We went to San Diego six years in a row while I was there and something like this never happened because we set the rules on day one.”

While the details of the incident and subsequent allegations may be up in the air, the fact that something did indeed occur, is not; Santa Monica-Malibu United School District (SMMUSD) confirmed that an investigation is under way.

“I am unable to verify the details of the alleged incident with the three Samohi students who were sent home early with a parent from a baseball tournament during spring break, due to privacy laws,” said Gail Pinsker, Community and Public Relations Officer for SMMUSD. “The alleged incident is under investigation and any disciplinary action considered will be based on the adherence to Education Code and SMMUSD board policy.”

Pinsker also noted that the results pertaining to the investigation will remain confidential, as is required.

“I think it’s a cover up, I heard even the coach’s son was involved,” James McPherson, Santa Monica High School alumni and former Samohi Baseball player, told The Mirror.

The current allegations are the tip of the iceberg, according to several sources, who claim that the boys singled out are covering for the starters who got caught, and that the team is well-known for holding beer pong parties and gambling.

As more details come to the surface, the worrying situation is creating ripples in the Samohi community, many concerned that it highlights a much deeper problem endemic to the team.

“I was informed by some of the kids on the team because they still confide in me and told me everything that happened,” Todd explained.

The establishment is trying to cover it all up because the coach and principal of Santa Monica High School are very close friends, according to Todd.

“I think what happened in San Diego is a small part of the whole thing,” a parent of one of the baseball players on the team told The Mirror. “There is a lot of mismanagement going on starting with the head coach.”