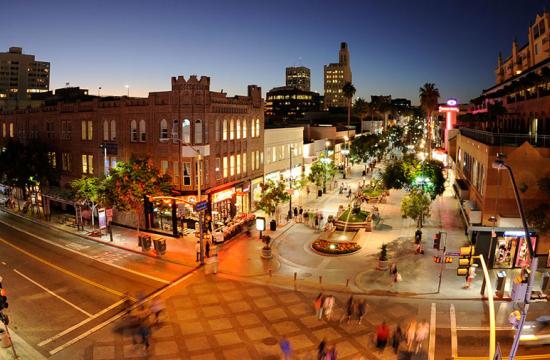 Amidst resident rumblings regarding development and the future of Santa Monica, the City released a new Downtown Community Plan (DCP) timeline Tuesday in an effort to create a final blueprint that is more reflective of what people really want.

“It’s better to have broad participation in planning for the future,” Santa Monica City Manager Rick Cole told The Mirror regarding the extended timeline. “We’ll take the time to have a deep, thoughtful and constructive community dialogue. I think when people understand what the plan actually proposes and we have a chance to work out some key contentious issues, there will be strong support.”

“From the beginning, I stressed that the goals in order of importance were: forge a great plan that will stand the test of time; work toward community consensus; and finish the job by June,” Cole explained. “The first two were always more important than the third.”

Integral to the new incarnation of the DCP timeline is a calendar of speaker series, currently labeled “Placemaking,” Preservation & Change,” and “Future of Mobility.”

“People need to see themselves in the document and have a sense of shared ownership for the future,” said Peter James, Principal Planner with the City’s Planning and Community Development department. “While not always easy to do, particularly in such a passionate community as the one we have here, understanding the root causes of people’s concerns helps to identify areas where planning can create a bridge, and provide solutions around which we hope to build consensus.”

The revised draft proposes a number of new ideas to preserve and enhance the character of the City’s historic core, according to the City.

“It identifies the characteristics that make Downtown special and helps outline priorities for public investment in sidewalks, streets and open spaces as well as on private property,” the City stated. “It also calls out ways we can improve public amenities such as open space and arts and culture activities that offer the greatest benefit to Santa Monicans…A planning tool of this type for the entire Downtown has not been updated in more than 30 years.”

A new jazzy website, focus groups, online surveys and a revised Environmental Impact Report (EIR) all form part of the new timeline and subsequent final drafts, which are scheduled to go before Santa Monica City Council next year for final approval.

For more information on the DCP and outreach events, and to submit comments, visit downtownsmplan.org or follow #ThePlanSM.

The Downtown Community Plan is guided by the 2010 Land Use and Circulation Element (LUCE). The LUCE envisioned an energetic and contemporary Downtown for residents, employees and visitors that integrates the light rail and preserves the unique character of the district and its commercial and residential life. The LUCE also called for enhancing Downtown through better linkages to some of City’s most visible attractions: the Civic Center and the Beachfront. However, the LUCE deferred implementation of the vision and the specific standards to creation of a Specific Plan for Downtown.