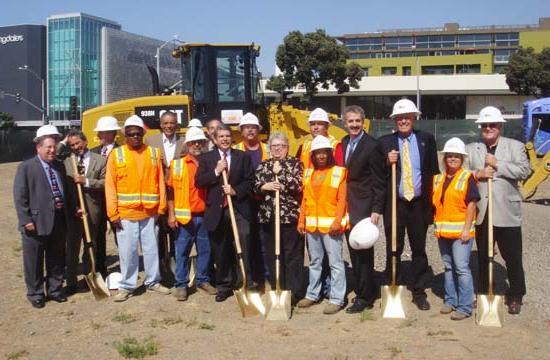 Richard (Rick) Thorpe, Chief Executive Officer of the Exposition Metro Line Construction Authority, today announced he will retire on May 6, 2016, after more than 40 years in the transit industry and just prior to the scheduled opening of Phase 2 of the Expo light rail line on May 20th.

Over the past decade, Rick has been responsible for overseeing the design and construction of the 15.2-mile, $2.5 billion Expo light rail project.

“It has truly been an honor to serve as Expo’s CEO and work with our team, our contractors, Metro, the cities, and all our agency partners to connect downtown Los Angeles and Santa Monica by rail for the first time in over 50 years,” said Thorpe. “This vital mass transit link is leading the way in regional efforts to increase mobility, and I look forward to seeing the project open to the public next month, on time and on budget.”

Rick is well-known in the transit industry for his successful work on the San Diego, Salt Lake City and Los Angeles transit systems. Locally, he oversaw design and construction of the Pasadena Light Rail Line, the San Fernando Valley Orange Line Busway and the Eastside Light Rail Line in addition to the Expo Line.

Rick’s work in Salt Lake City included serving as the Program Manager for their light rail system. As such, he was responsible for overseeing the design and construction of the initial light rail line which was delivered under budget and well ahead of schedule for the 2002 Winter Olympic Games.

Rick began his career in San Diego, where he managed San Diego’s bus and rail capital improvement program, which included the design and construction of three maintenance facilities and six light rail extensions.