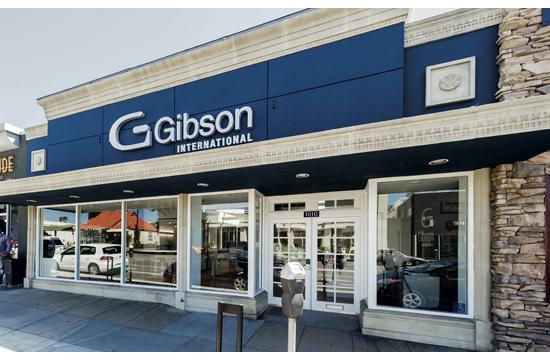 Gibson International’s new office is located on Montana Avenue, with President Scott Gibson describing the area as a central hub of Santa Monica, and a diverse, one-of-a-kind community in and of itself.

“Montana Avenue embodies a real heartbeat of Santa Monica,” said Gibson. “It’s like a living organism. You don’t see that in a lot of different places.”

Part of what makes Montana Avenue a distinguished stretch of Santa Monica is its diversity and large number of families, Gibson explained.

“A warm and community-oriented agent team will make it a priority to serve this vibrant group of people not just as realtors, but first and foremost as members of the community that they all love,” he said.

While Gibson International aims at excelling in familiarity with their surrounds, they have taken active steps towards becoming a part of and improving Montana. Included in the new office design is an open community space, and they serve coffee sourced from neighboring coffee shops on a weekly basis.

Office manager Tara Rodgers-Culbertson came onboard due to her commitment to focusing on becoming an active contributor to the neighborhood. Her role as manager includes both hosting and attending local events, alongside working to promote local small businesses to clients.

Through The Gibson International Charitable Foundation, the company also contributes to 43 local charities, including PATH (People Assisting the Homeless) and the Santa Monica YWCA.