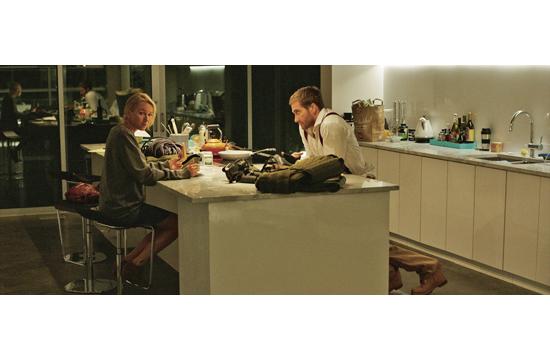 If Jake Gyllenhaal has a starring role in a film, you can pretty much count on a sterling performance. His role as Davis Mitchell in “Demolition” once again secures his spot as one of Hollywood’s most gifted young actors.

With an excellent screenplay by Bryan Sipe and spot-on direction by Jean-Marc Vallée, this is a compelling story of a young widower’s efforts to come to grips with his profound loss. Davis, a successful investment banker who works for his sympathetic father-in-law, wonderfully brought to life by Chris Cooper, is in a tragic car accident with his wife Julia, played by Heather Lind. She dies but he doesn’t even have a scratch.

While in the hospital waiting to hear about his wife’s condition, he puts some coins in a vending machine, which fails to deliver his selection. Outraged, he begins by sending a letter of complaint to the vending machine company. One letter turns into a series of deeply personal, heartbreaking letters that are read by the customer service representative Karen, sensitively played by Naomi Watts, who has emotional and financial challenges of her own. An usual friendship evolves, which includes her young son Chris, played by Judah Lewis, who delivers an excellent performance in his first screen role.

In trying to make sense out of his loss, and to unlock his frozen emotions, Davis begins dismantling small gadgets in his beautiful home to see how they work. Little by little he tears apart everything around him – with each object growing bigger and bigger in size. Let’s just say at one point he actually needs a bulldozer. Perhaps if he destroys his material world, he will be able to heal his broken psyche and start a new life.

Gyllenhall’s performance is mesmerizing as he embarks on his quest to find what makes him emotionally tick. Ironically, with the support of Karen and her son, as he destroys everything in his home and office, he begins to move closer and closer to unlocking his tormented interior and to beginning life anew. “Demolition” is a physiological drama that journeys through the sub-conscious behavior of a man paralyzed by unexpressed grief and the attendant effect it has on the family and friends in his life.