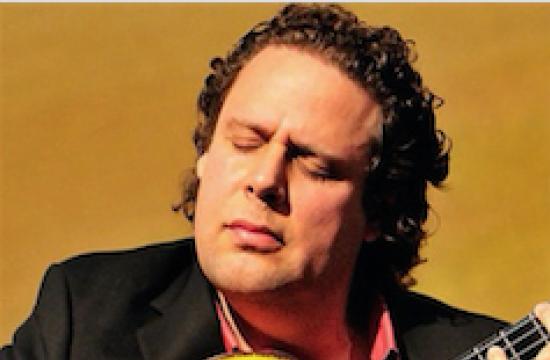 Orchestra Santa Monica will perform a special concert of Flamenco and Spanish-inspired music on Sunday, April 24 at 2:30 pm.

The program opens with Bizet’s exuberantly tuneful Carmen Suite followed by Del Monte performing Rodrigo’s ever-popular Concierto de Aranjuez, as well as his own Flamenco guitar concerto Paisajes (“Landscapes”).  Paisajes was premiered in Santa Monica in 2011 by Del Monte and OSM Maestro Allen Robert Gross and it has since been performed in Moscow and Caracas.  As an extra treat to OSM’s April concert, Del Monte will be joined in Paisajes by renowned cajon player Diego Alvarez Muñoz.

Born in Israel, Del Monte grew up in Malaga and Granada, Spain.  At the age of seven his parents left him for two months with a gypsy family in the caves of the Sacromonte, in Granada, where he absorbed the flamenco traditions from the local musicians. A prodigy at the guitar, he started performing in local Flamenco clubs at the age of nine.

As a composer and performer, Del Monte has embarked on a journey of creating a unique sound and language of flamenco that is both steeped in tradition and progressive in its openness to musical flavors from around the world.

OSM has changed the time of its Sunday afternoon concerts this year from 3:30pm to 2:30pm. Ticket prices are $30 General Admission, $25 for seniors, $15 for college students, and $10 for K-12 students, and can be purchased on-line or at the door. For ticketing and pricing information, visit OSM’s website at www.orchestrasantamonica.org.