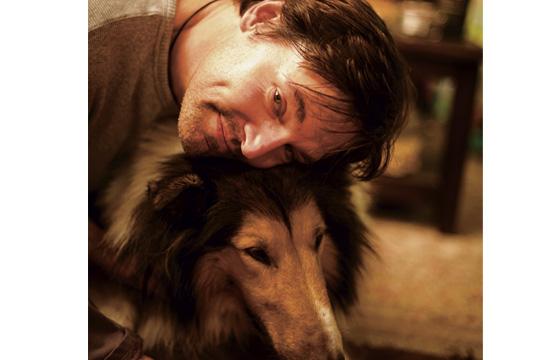 Jon Bessire puts his passion and creativity at the center of his life. He makes the case for everyone to do so in his new film, “Living Lost,” which tells a story of life diminished in the board room and reawakened in the jungle.

Gene Timbault (played by Bessire, who also wrote and directed the film) is rising in business and spiraling downward in, well, everything else. With an ex-wife and children who hate him and tumultuous relations with women, he focuses fully on his work as CFO of a Bay Area corporation. Experiencing tension headaches caused by working on a major deal, he is diagnosed with a rare degenerative disease. This, along with several coincidences, leads him to escape to Central America.

Filmed largely on-location in Guatemala (one of the 25 countries Bessire has visited over a lifetime of backpacking trips), Gene’s hard-nosed anxiety seems out of place from the start as he tries aggressively to haggle a vendor. Gene soon meets a fellow American who informs him that the way he’s accustomed to living will only isolate him in this new setting. Through a series of adventures and experiences that include waterfalls and living among locals, he learns to adapt to the area, teaching him that living in a way that generates clarified energy has greater worth than living to maintain a particular status.

It is a refreshing message for anyone told that to “grow up and get serious” means to move away for our passions. This film shows that maturation flows in the opposite direction.

A similar message is at the core of 3 Side Entertainment, the production company Bessire co-founded in 2010 which focuses on supporting emerging artists and those with unique visions.

“I like people, especially, creative types; they’re whom I’m drawn to,” said Bessire. He began the company after years of “broken promises, disappointment, opportunities missed by not being in the right place at the right time, and being frustrated my artistic side just wasn’t experiencing the expression that I felt my passion dictate to my heart.  I wanted to help other artists with a true fire in their belly experience the joy of expressing their creativity.”

A resident of L.A.’s Westside for more than 22 years, Bessire, who said, “I was always entertaining since I was old enough to get people’s attention,” studied acting at the University of Denver before truly lighting up at the Beverly Hills Playhouse (BHP). Despite the disappointments that had made his career unfulfilling, his time at BPH clearly helped him maintain a love for the acting process through every challenge:

“When we talk of ‘studying’ acting, I cringe a little. I look forward to the work of creating and digging out the hidden gems deep within the story, deep within other actors and ultimately deep within myself. I found that kind of dedication and depth at BPH. It’s so exciting being around other creatives who refuse to accept the standard and desire to plunge into the deep unknown.”

Indeed, the creative community on the Westside has also been crucially supportive of Bessire and the film. It premiered in March at the Laemmle Music Hall in Beverly Hills with the aim of staying on the Westside and in Santa Monica despite unavailability at the Laemmle Monica Film Center. “The producers and I are deeply embedded in the KCRW community and the local artist scene. We wanted to show our project close to our immediate ‘family’ before we begin our tour around the world.”

Wherever the film takes him, Bessire likely won’t allow his work to constrict him the way it did Gene Timbault. As he says, “In the end, it’s all about contributing to the world and making good friends.”