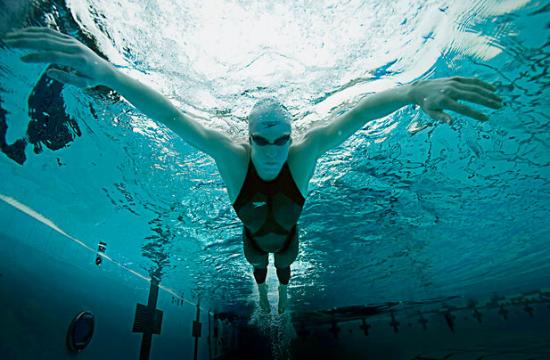 Local nonprofit swim club Team Santa Monica has had a big month this April. Two lifetimers taking gap years from college are leading the way: Jordan Wilimovsky, already qualified for this year’s Rio Olympics, joined the likes of Michael Phelps, Ryan Lochte and Nathan Adrian as an event winner at the elite Mesa Arena Pro meet’s with his victory in the 1500m race on April 16th.

His lifetime-best performance in that race ranks him 5th in the world this year. Wilimovsky is already a member of the 2016 Rio US Olympic Team, slated to compete in the 10k Open Water event. He will also compete early this summer for an Olympic spot in the 1500m pool race.

Fellow collegiate hiatus swimmer Brendan Casey’s gap year is also paying off with his April 8th qualification for the US National Team, having finished 3rd among Americans and 7th overall in the 2016 US National 10k Open Water Championships in Florida. With this breakout performance, Casey was the only swimmer in the top 11 at that event not yet on a current or past Olympic team.

High school senior Eli Lawrence made his first US Summer Junior National qualifying time in the 1500m event after dropping 21 seconds off his previous best time at an April La Mirada meet.

Swimmers ages 5 and up have competed with Team Santa Monica at meets around L.A. this April, from San Fernando to Pasadena to La Mirada, garnering numerous personal best times under the direction of Head Coach Dave Kelsheimer, who is also on the US Olympic coaching staff this year.