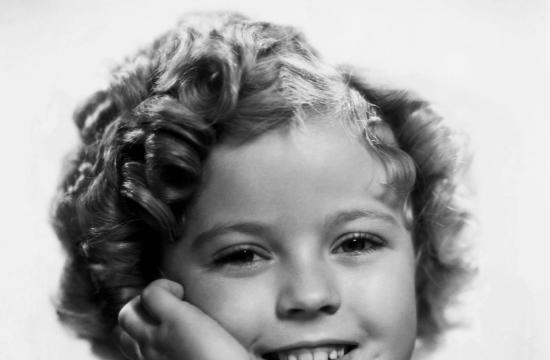 The stamp art for the forever stamp features a painting by Tim O’Brien based on a 1935 still image from "Curly Top," one of Temple’s iconic roles.

The selevage, or area outside the stamp on the 20-stamp sheet, formally known as a pane, features a publicity photo from her 1933 short film, "Managed Money."    The stamp is the 20th in the Legends of Hollywood series, which began in 1995 with a stamp depicting Marilyn Monroe. Others to have been honored include John Wayne, James Stewart, James Dean, Humphrey Bogart, James Cagney, Edward G. Robinson, Lucille Ball, Audrey Hepburn, Katharine Hepburn, Henry Fonda and Cary Grant.

Born Shirley Jane Temple on April 23, 1928, in Santa Monica, she is considered to be the most popular child star of all time, bringing cheer to the nation during the Great Depression.

Temple appeared in 10 films in 1934 alone, a year that included "Little Miss Marker," "Baby Take a Bow" and "Bright Eyes," which made Temple famous for her rendition of "On the Good Ship Lollipop."

In 1935, she received an unprecedented Juvenile Academy Award recognizing her contribution to screen entertainment.

After that, she continued to appear in hits such as "Curly Top," "Captain January," "Poor Little Rich Girls," "Heidi" and "Little Miss Broadway."

She made her final movie, "The Story of Seabiscuit," in 1949 when she was 21, then retired from acting until 1958 when she had a three-year stint hosting and starring in two television anthologies, "Shirley Temple’s Storybook" and "The Shirley Temple Show."

Shirley Temple married marine entrepreneur Charles A. Black in December 1950, taking his name. They stayed together until his death in 2005.

She made an unsuccessful bid for a Northern California seat in Congress in 1967, but two years later, President Richard M. Nixon appointed her as a delegate to the United Nations General Assembly. She was named ambassador to Ghana in 1974 and in 1976 became the first woman to hold the position of White House Chief of Protocol.

Black went on to hold a variety of diplomatic posts, including serving as ambassador to the Czech and Slovak Federal Republic from 1989-92.

She was a founding member and former vice president of the American Academy of Diplomacy and a member of the Council on Foreign Relations, Council of American Ambassadors, U.S. Commission for UNESCO and U.S. Citizens’ Space Task Force.

Black was diagnosed with breast cancer in 1972, underwent a mastectomy and eventually became one of the first internationally famous women to go public with the illness, generating letters of support from across the world.

In accepting the Screen Actors Guild’s Life Achievement Award in 2006, Black credited her acting success to being "in the right place at the right time."

"I’m sorry we had to go through a depression in the United States to get to this, but it helped me," Black said.