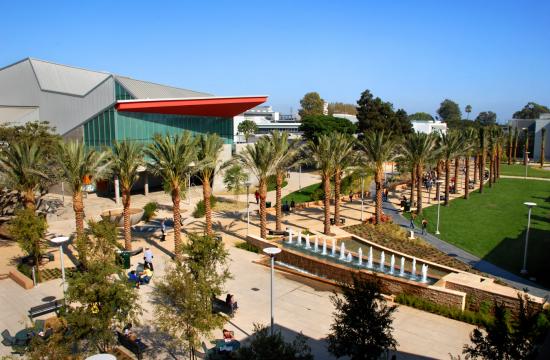 California Schools Employees Association (CSEA) Chapter 36 has announced that its members will be picketing prior to the monthly meeting of the Santa Monica Community College District Board of Trustees on Tuesday, April 5, 2016 in support of a 3% wage increase for the bargaining unit.

The picketing will take place on Pico Blvd. and 17th Street in Santa Monica from 5pm-7p.m.

Union members will then attend the Board meeting to address their issues during the public comments section of the meeting.

CSEA Chapter 36 proposed labor contract changes in April 2015 and has been at the table with the Santa Monica Community College District over wages for fiscal 2015 since June of last year.

The years of 2010-2014 saw slashes to school funding all over California forcing schools to spend their reserves. SMC was spared the layoffs and furlough days that took place in many school districts.

Last year the passage of Prop 30 which provided tax money for schools, especially K-12, freed up general fund money to begin restoring higher education. As a result Santa Monica College received $20M last year from the State of California. The apportionment of money to CA community colleges is a complex formula, involving enrollment, rate of growth, and provision of special services. That amount was a windfall for SMC.

The two sides are currently stuck, with CSEA holding out for a 3% increase for 2015 and the District offering 2.6%. That .4% difference equals about $108.000. The District has made offers of a bonus of $1,000/year for full time employees at a cost to SMC of about $400,000 rather than agree to the additional .4%. The District cites softening enrollment, increases in health and retirement costs, and the need to be prudent with the monies received. CSEA points out that the average salary for administration and faculty at SMC is in the top 90+ percentile of the state’s community colleges; while the average salary for support staff at SMC has fallen below the median.

That coupled with the cost of living in the area has caused their salaries to be stretched thinner and thinner. CSEA maintains that this is a perfect example of the ‘income inequality’ plaguing working people across the nation and around the world. In addition CSEA points to an increase of $1.67M in the salaries of twenty-two administrators and top-level managers during 2015.

In the recent years state funding for education has been cut drastically.

During the past year the District has been in the process of hiring a new superintendent/president with Dr. Kathryn Jeffery assuming that position during the first week of March. Members of CSEA Chapter 36 voted to refrain from staging any public displays during the transition period and have quietly attended the last four meetings of the Board. On March 18th union members voted to become more vocal at the April meeting of the SMC Trustees beginning with an informational picket.