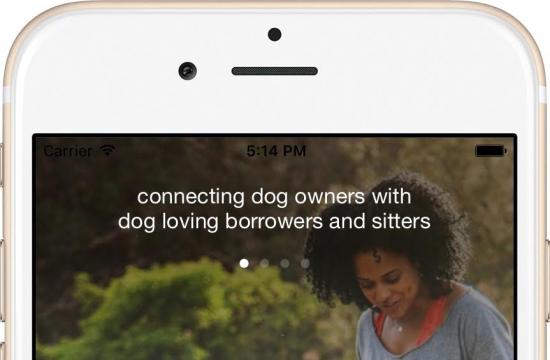 Bark’N’Borrow, a community for dogs and the people who love them, today announced a collaboration with the NKLA (No-Kill Los Angeles) Adoption Center, run by Best Friends Animal Society to promote available shelter dogs for adoption to its 50,000-plus users.

In a survey given to 650 Bark’N’Borrow’s users in February, 85% of respondents said they would get their first or next dog from a shelter. Additionally, over one third of the borrowers said they would be more proactive in borrowing a dog if the option to adopt was available.

“Since day one our goal at Bark’N’Borrow has been to improve the lives of dogs and the people who love them,” says Liam Berkeley, CEO and founder of Bark’N’Borrow. “There are nearly 4 million homeless dogs in shelters across the U.S. who are in desperate need of care and a permanent home. We’re excited to work with NKLA to bring more attention to their adoptable dogs and to offer our users the ability to meet these incredible animals with the goal of long-term adoptions.”

“We’re thrilled that Bark’N’Borrow has started to promote available dogs for the NKLA Pet Adoption Center with their community of dog lovers,"  said Marc Peralta, executive director of Best Friends Animal Society – Los Angeles. “It’s great that adoptable dogs like Sir Charlie and Raider will now be seen by thousands of dog lovers swiping through dogs to spend time with across the Los Angeles area.”

When users open a native ad for a shelter dog that appears in their stream they will see the same details that they typically view in profiles for dogs available to borrow, such as age, size, temperaments and personality. They will also see that the dog is up for adoption and what shelter they are from. The process then continues the same way that contacting an owner would through the Bark’N’Borrow messaging platform with a representative from the rescue or shelter on the other end instead of an individual owner.

“A lot of our users are currently waiting to find the right kind of dog to adopt, and in the meantime are excited to borrow to see which breed suits their lifestyle,” added Berkeley.