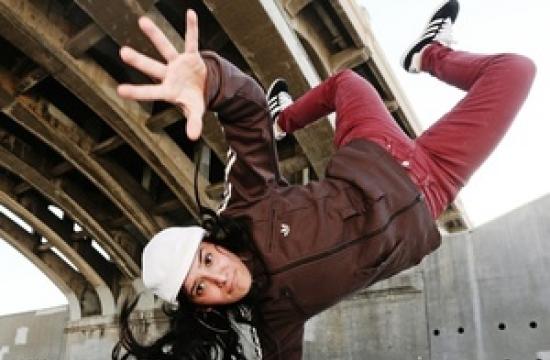 Tongva Park Kicks off Third Season of Events with Tongva After Dark: Inflatable Park, a New Work by Choreographer Lionel Popkin on Wednesday, April 20, 7:30pm–8:30pm, the City announced this afternoon.

Inflatable Park,commissioned especially for Tongva Park by the City of Santa Monica’s Cultural Affairs Division, is set on and around inflatable living room furniture nestled in the midst of Tongva Park. Nine dancers will lean into, lie on top of and hang off of each other and bounce off the air-filled furniture.

“The dance looks, sometimes askance, at the systems of support that surround us, including people, objects and social structures,” said Popkin about his upcoming piece.

Lionel Popkin (choreographer/performer) has had his work presented nationally and internationally at The Getty Museum, REDCAT, and Highways in Los Angeles, the Jacob’s Pillow Inside/Out Series, Danspace Project, Abrons Arts Center and Dance Theater Workshop in New York City, The Place Theater in London, and the Guangdong Modern Dance Festival in Guangzhou, China.

Lionel is a former member of the Trisha Brown Dance Company and is the Chair of the Department of World Arts and Cultures/Dance at UCLA.

Tongva After Dark is an ongoing series of intimate and informal events that offers audiences the opportunity to experience Tongva Park from different points of view.

Cost: Free and open to the public