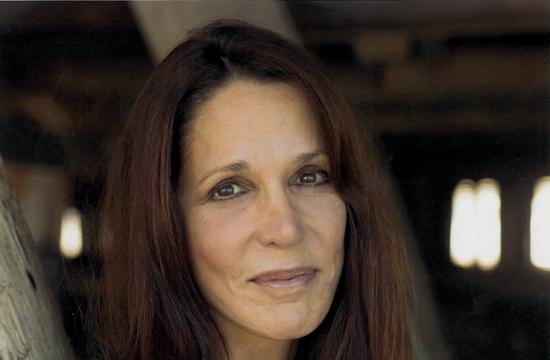 Originally founded following the journey through Alzheimer’s disease by her father, the late U.S. President Ronald Reagan, Patti Davis’ support group, Beyond Alzheimer’s, will be moving next month from UCLA to St. John’s Hospital in Santa Monica.

Beyond Alzheimer’s is a support group that focuses on offering care to caregivers and giving them an opportunity to talk and express their feelings about the emotional, often difficult journey that they embark on due to this disease, and a journey that Davis knows only too well.

“How are you doing?” is the first question that Davis asks newcomers and regulars to the group alike. “People are shocked when they get asked that, because no one does it, and we want to be there to show them they’re not alone,” Davis told The Mirror.

Beyond Alzheimer’s has met twice a week at UCLA for nearly five years. Near the end of last year, the support group had their schedule cut in half, and has only been able to meet once a week since then.

“I told them in November that I would find a way to fix this somehow,” Davis said. “We’ve been without a two week schedule since November, and it was really difficult for people because there are moments when it can get really tough and being able to go to a support group twice a week really makes a difference.”

After Davis saw that the support group’s needs would not be met at UCLA, she contacted St. John’s Health Center in Santa Monica where she was able to work out a schedule did.

“Everyone is ecstatic to have the schedule back,” Davis said. “St. John’s is ready to embark on a lot of things related to Alzheimer’s so we’re very excited.”

Davis knew that she was going to want meetings to keep the same format and that it was important to have a hospital setting when she was looking for a new location for her group.

“When I first conceived this group, I knew I wanted to hold the meetings in a hospital because I wanted the caregivers to be treated as patients,” Davis said. “This disease sweeps up the entire family and each family member experiences it differently.”

Davis runs the meetings with the help of professionals in the field who have worked with Alzheimer’s.

“I facilitate meetings with co-facilitators from the medical field,” Davis said. “I use my emotional and personal experience while the co-facilitator is there help people understand and answer medical questions about the disease”.

A neurologist and social worker will be at St. John’s to co-facilitate the meetings.

“When I was going through this with my father I didn’t have anyone to talk to, and it’s a lonely journey,” Davis said. “Even though we’ve gotten better about talking about it, it’s still difficult for caregivers to find a place where they’re comfortable to talk about it and we want to be there for them.”

Beyond Alzheimer’s support group will meet from Tuesdays and Thursdays from 6:30pm to 8pm at St. John’s New Foundation Building on the corner of 23 Street and Santa Monica Boulevard beginning May 3. All are welcome.