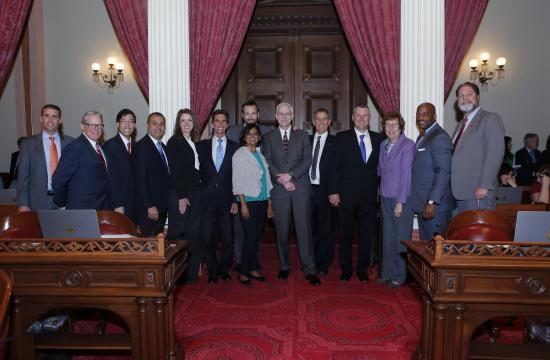 Visit California, a nonprofit statewide organization that promotes California on behalf of the state’s tourism industry, announced today that both houses of the Legislature passed a resolution declaring May 2016 and every May thereafter as California Travel and Tourism Month.

The following statements have been issued in celebration of the economic and cultural benefits tourism provides for all Californians. See the attached photos from the resolution presentation in each house.

“The billions of dollars injected into California’s economy due to tourism every year allow for infrastructure expansion, job creation, and economic stability across the state, ” Senator Allen said.

“Tourism is an economic engine in California, fueling prosperity and growth in communities across the state. In 2015, total travel-related spending increased to $122.5 billion, a sixth consecutive year of growth for California tourism. It is essential that we continue strong statewide marketing efforts so that California remains competitive as a top destination for visitors from around the world,” explained Caroline Beteta, Visit California President and CEO.

An analysis of data compiled by Dodge Market Research report found that from 2006 to 2015 new building and renovation projects in California related to tourism reached $20 billion, with an average of $2 billion in infrastructure investments per year. This includes airport modernizations, new dining, entertainment and retail districts and other cultural and civic amenities.