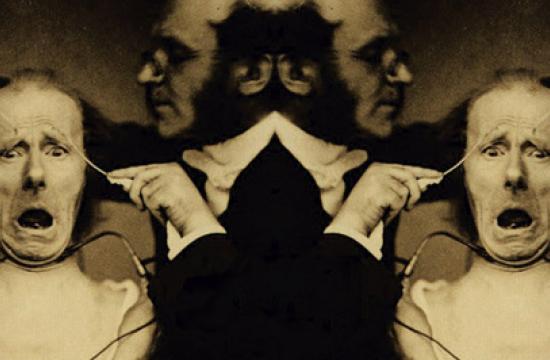 Shakespeare died 400 years ago this past Saturday, so it seems somewhat fitting that beginning today, local troupe Four Clowns, will be staging their latest production, “Lunatics & Actors,” at The Shakespeare Center of Los Angeles.

Four Clowns was founded by Jeremy Aluma, who has collaborated with his clowning mentor, David Bridel, for years. “Lunatics & Actors” was written by Bridel, and is directed by Aluma.

“Clowning is a rich tradition that goes back centuries, perhaps even to the beginning of humanity. It is rooted in a performer’s ability to talk to and connect with an audience,” Aluma told Westside Today. “I think that’s the most important aspect, or at least the one that excites me the most. A good clown listens to their audience. A clown gives into what he or she is truly feeling and shares that with their audience. They use it to fuel both empathy and laughter from their audience.”

The play is based on the work of a real doctor who was active in 19th century France named Duchenne de Boulogne. Doctor Duchenne is most famous for his studies of the human facial expressions, which he believed were tied to the human soul, as well as his work in electrophysiology – the study of the electrical activities of neurons. His work included triggering facial expressions with electrical probes.

Although the play is billed as a comedy, its subject matter will not shy away from the occasionally grotesque scientific practices of nineteenth century France.

“David is a masterful writer and his ability to turn improvisations, ruminations, and exercises into a coherent script with a dramatic arc is uncanny…I have little doubt we will continue to explore projects together,” Aluma said.

Bridel currently serves both as Director of the MFA in Acting and Interim Dean for the School of Dramatic Arts at USC, and Aluma was recently accepted into an MFA program for directing. Due to their busying schedules, “Lunatics & Actors” is slated to be a swan song for Aluma and Bridel’s many years of collaboration, as they each follow their respective professional paths in life.

Aluma and Bridel’s past work, which has been showcased locally in Los Angeles, as well as in New York and São Paulo, Brazil, has won numerous awards for innovation.

Although Shakespeare it most definitely is not, “Lunatics & Actors” fits snuggly into the theatrical tradition spearheaded by Shakespeare over 400 years ago. In the same way that Shakespeare managed to captivate audiences at his Globe Theater in London, Four Clowns hopes to do the same for a diverse crowd of Angelenos.

“Lunatics & Actors” will be at the Shakespeare Center of Los Angeles from April 29th-May 28th. The theater is located at 1238 W 1st St.