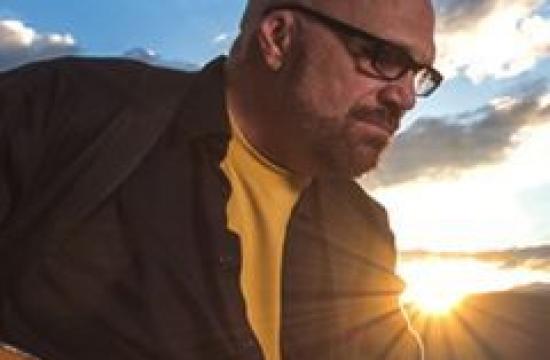 “Purpose has the voice of James Taylor, the brains of Bob Dylan, and the soul of Willie Nelson.” (Attache, US Airlines in-flight magazine)

The 11 songs on "STILL THE BIRDS" paint compelling vignettes exploring the human condition — the tension between dark and light, despair and hope, vulnerability and triumphs. From a Vietnam draft-dodger coming unhinged ("Hours In A Day"), to the gangs of LA ("Evergreen Avenue"),  twists on literary icons Dylan Thomas ("Prince Of The Apple Towns") and Poe ("Baltimore"), to Buddha ("When Buddha Smiled At The Elephant"), the Civil War ("Shiloh"), and the redemption of love ("Everywhere At Once"), these tales explore the tension amidst triumph and vulnerability.

The songs on the album are as unique and diverse as the stories from Darryl’s kaleidoscopic life. An internationally-acclaimed touring musician, Darryl is also a member of the Blackjack Hall of Fame. He’s walked across the country for peace, been banned from casinos on six continents, played the first stadium rock concert with Santana and Bonnie Raitt  in the former Soviet Union, studied with global spiritual leader Thich Nhat Hanh and co-founded The Second Strings Project, an organization that has delivered over 20,000 sets of strings to musicians of third world and developing countries.

Exactly how many musicians can start out their story with, “I left home as a teenager and became a professional gambler.”? There really is only one…. Darryl Purpose.

Before Darryl started touring, during a period of playing open mics and showcases around L.A., he found himself in a tough situation. "I cashed a couple of checks for a ‘friend’ that I owed a favor to, and ended up getting arrested for laundering drug money. I didn’t have great boundaries with the law in those days." He was facing eighteen years mandatory sentence (he would have been getting out about now) until the prosecutors figured out that he wasn’t a big time criminal, and reduced the charge. They sentenced him to three months in a halfway house. During the intake meeting there, they told Darryl that this was a work-release program, and that he could go home during the day if he had a job. Thinking quickly, he told them he was a national touring singer-songwriter, and he would have to go home during the day and work on his career. So he did, and in that three month period he found himself a record label, and a booking agent, and started touring nationally. He was now a professional songwriter and musician. “That brush with the criminal justice system lead to my career”.

Starting in 1996, Darryl clocked in thousands of miles, playing for tips, sleeping in his truck and basically getting his music out there any way he could.  By 2004 and about 1500+ shows later, he had played many of the top venues in North America and Europe and had released 6 albums that all did well on folk radio. Then in 2004, “I won a couple million dollars within a few months and bought a house in my favorite place in the world – Nederland, Colorado, where I still live.” He said, rather casually. That winning year changed his life in many ways including being able to concentrate more on his music.

Darryl likes to say that luck is a residue of design — and he has been crafting his own luck for some time now, out of whatever wreckage has come his way. Though he always wanted to be small, the universe gave him acromegaly, a disease of excess growth hormone. So he went big, and lived his life for the story.

"Darry Purpose’s music hits all the vital areas; the heart, the mind and the gut." (Michael Tisserand/Gambit Weekly)