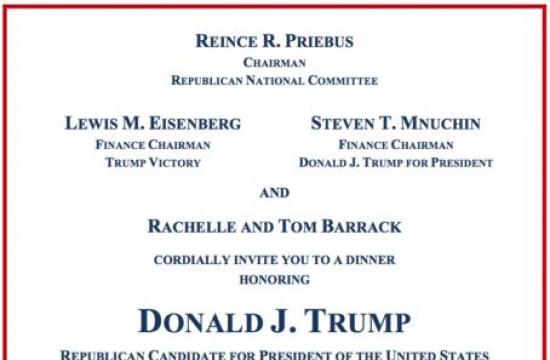 The L.A. Times is reporting that republican candidate Donald Trump is heading to Santa Monica this evening to raise money at the home of Rachelle and Tom Barrack, according to an invitation obtained by The Times.

The invitation obtained by The Times.

Guests paying $25,000 per person receive a photo and can attend the reception and dinner. Anyone paying $100,000 per couple becomes a member of the host committee and also gets a Republican National Committee Regent membership, the newspaper reported.

The invitation notes the first $2,700 raised will go to Trump’s primary campaign and the second $2,700 to his general election campaign.