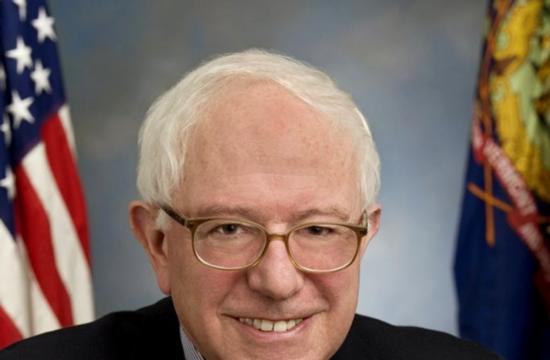 Vermont Sen. Bernie Sanders, will hold a rally tonight at SaMoHi, with Former Secretary of State Hillary Clinton scheduled to hold two Los Angeles-area campaign fundraisers today – she will be the object of a pro-immigrant protest.

Sanders will hold the first of the day’s "A Future to Believe In" rallies in Lincoln Heights, with doors opening at 9 a.m. The second will be at Santa Monica High School, with doors opening at 4 p.m. Both events are free and open to the public, but RSVP’s to the campaign’s website, berniesanders.com, are recommended.

Santa Monica City has issued a traffic advisory to avoid the surrounding area.

The rallies come 15 days before the California primary and coincide with the deadline to register to vote in the primary.

Before arriving in Los Angeles, Clinton is scheduled to speak at the Service Employees International Union International Convention in Detroit, discussing "her plans to raise incomes for working families and break down all the barriers holding Americans back," an aide said. Clinton was endorsed in November by the union, which represents more than 2 million health care workers, local and state government workers and janitors, security guards and other property services workers.

Clinton will begin her visit to Los Angeles with a $2,700 per person early-evening fundraiser at the home of Bryan Lourd and Bruce Bozzi, according to an invitation obtained by City News Service. Individuals raising $10,000 will be co-hosts of the event and will have a photo taken with Clinton.

The maximum individual contribution under federal law for a candidate seeking his or her party’s presidential nomination is $2,700.

Lourd is the managing partner of the Creative Artists Agency talent agency. Bozzi is a co-owner of The Palm restaurants chain. The event is also hosted by Anna Wintour, editor-in-chief of the fashion magazine Vogue.

An evening fundraiser in Hancock Park will follow, with tickets priced at $1,000. Individuals raising $20,000 will have a photo taken with Clinton.

"As her bitter and divisive primary campaign drags on into June against a socialist from Vermont, she turns to her Hollywood friends to finance her scandal-plagued effort to secure the nomination. Unfortunately for Clinton, not even the pages of Vogue could portray her disaster of a campaign in a good light."

There was no response from the Clinton campaign.

A coalition comprising the Human Rights Alliance for Child Refugees and Families and seven other organizations announced that it would stage a demonstration at Wilshire Boulevard and Rossmore Avenue at 4 p.m. to protest Clinton’s visit and and demand that she, the Democratic Party and the Obama administration "halt the newly announced plans for deportations and raids that will further terrorize Central American refugees."

The trip will be the 68-year-old Clinton’s 12th to the Los Angeles area since she declared her candidacy on April 12, 2015, and second this month.

Clinton held 26 fundraisers during her previous visits, including two during her most recent visit on May 5.

Both of Clinton’s last two visits have drawn protests.

When she spoke at East Los Angeles College on May 5, members of Union del Barrio, MEXA of East Los Angeles College, LA Brown Berets and several other student and community-based organizations marched through Monterey Park to the college to protest what organizers called Clinton’s attacks on working-class communities of color and her 2002 vote as a senator in favor of the resolution authorizing military action against Iraq.

Sanders supporters threw dollar bills at Clinton’s motorcade on April 16 when she was en route to Oscar-winning actor George Clooney’s Studio City home for a $33,400 per person fundraiser.

Clinton and Sanders are scheduled to remain in Southern California on Tuesday. The 74-year-old Sanders, a self-described democratic socialist who would be the nation’s first Jewish president, is set to hold a rally at the Anaheim Convention Center.

Clinton, who would be the nation’s first woman president, is scheduled to join Rep. Karen Bass, D-Los Angeles, in a discussion on Foster Care in South Los Angeles and speak at what the campaign has dubbed as a "working families event" at a union headquarters in Commerce.