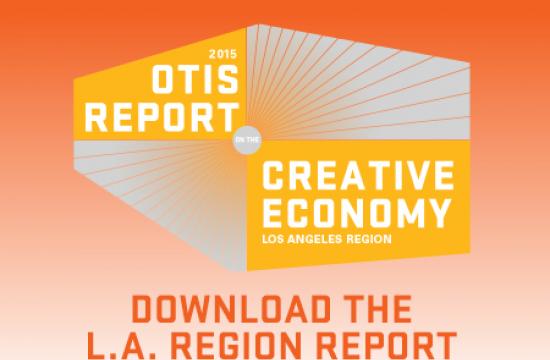 The hearing coincided with the release of the “2015 Otis Report on the Creative Economy of California,” an annual report by the Otis College of Art and Design, which for the first time contained a regional analysis of creative industries within eight geographic areas of the state.

“The Otis Report is a tremendous resource that highlights the unlimited financial and cultural impact of creative industries in our state,” said Senator Allen.  “This year’s first-ever regional breakdown in the report was an exciting addition to our knowledge base that shows creative industries are a valuable economic force across the entire state.”

California had the largest number of creative industry workers in the nation in 2014, with 722,600 direct workers.

The net economic contribution of the creative economy was equal to 9.4% of California’s gross state product in 2014.

With total employment of 1.6 million workers, the creative industries accounted directly or indirectly for nearly 12% of all wage and salary employment in 2014.

Entertainment, publishing and printing, and fashion were the largest industries in California’s creative economy by employment.

“The statewide Otis Report has been a game-changer for California’s arts field over the past three years and its effectiveness has been championed by the leadership of our state’s Joint Committee on the Arts,” said Craig Watson, Director, California Arts Council.  “California’s competitive edge nationally, and globally, is made possible as a result of innovative and creative leaders investing in our towns and cities. Now, with the new regional snapshots made available in this year’s report, local communities can pinpoint the direct role they play in advancing the success of their region, and of our entire state.”

“The Otis Report on the Creative Economy of California provides a powerful and persuasive evidence of the enormous fiscal impact of the creative industries in California,” said Bruce Ferguson, President, Otis College of Art and Design.

The Otis Report was commissioned by the Los Angeles County Economic Development Corporation, and was developed with support from the California Arts Council.