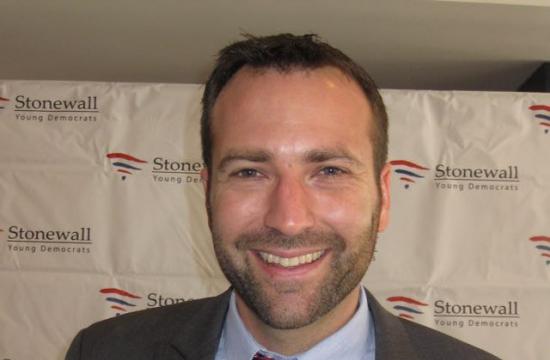 Urgency legislation authored by Senator Ben Allen (D – Santa Monica) passed the legislature and was signed into law by Governor Jerry Brown today decriminalizing organ donations by HIV-positive persons to HIV-positive persons in need of an organ transplant.  The bill, SB 1408, will improve the life expectancies of people with HIV who need organ transplants by removing California’s prohibition on donating organs while HIV positive.

“I am proud that Governor Brown signed this bipartisan bill into law today,” Senator Allen said. “Updating our state laws will save lives and fulfill the promise that science has provided.”

Currently more than 120,000 men, women and children are awaiting organ transplants to save their lives in the United States.  While roughly 30,000 transplantations were performed in 2015, it is estimated that 22 people die while waiting for organs each day.

Among those hoping to receive life-saving organs are a growing number of people who are HIV positive.  New, effective treatments are giving a normal life expectancy to HIV-positive persons.  With that, other chronic conditions such as kidney and liver failure have emerged, for which organ transplants are often the required treatment.

A 2011 study predicted there would be an additional 500 to 600 potential organ donors annually who are HIV positive, which would allow for more than 1,000 additional organs to be donated. However, California law currently criminalizes the act of donating organs if you are HIV positive.

Research conducted in South Africa and in the United States has illustrated that organ transplants between HIV-positive persons can be safe.

“It should not be a crime to save someone’s life, yet current law criminalizes the donation of HIV-positive organs to HIV-positive recipients,” said Rick Zbur, executive director of Equality California, a sponsor of the legislation.  “There are currently HIV-positive people in California waiting desperately for an organ transplant.  This is the first step in what we hope will be a number of measures to modernize California’s antiquated laws that harm and stigmatize people with HIV.”

In 2013, the federal HIV Organ Policy Equity (HOPE) Act was signed into law by President Obama.  The HOPE Act authorized transplants between HIV-positive persons, and directed the Department of Health and Human Services to develop standards for HIV-positive organ transplantation.  The Act also amended federal criminal law regarding HIV transmission to clarify that such organ donations are legal.  In March of this year, doctors at Johns Hopkins University performed the first kidney and liver transplants between an HIV-positive donor and HIV-positive patients.

“These lifesaving surgeries have been proven safe and are now allowable under federal law. There is no reason for state law to maintain an antiquated prohibition on organ donation by HIV-positive persons.  By expanding the pool of organ donors, we will shorten the time for all persons on the organ donor waiting lists, and save lives in the process,” Senator Allen said.

By mirrormmg May 31, 2016
in Uncategorized
Related Posts