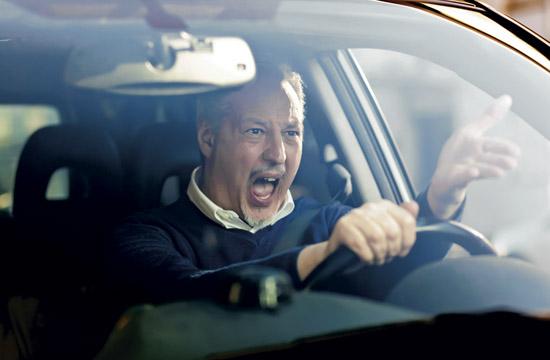 In the last few months, my husband has been unbearably irritable. Surely the reasons can’t be because I sometimes don’t change the empty roll of toilet paper, or turn the lights off when I leave the room, or forget to load (or unload) the dishwasher, or don’t have time to put the wet laundry in the dryer.

And it is absolutely not parking too close to his car, or taking up the whole bed, leaving him with a tiny corner of the king, or leave the water running full speed when I brush my teeth.

And I am positive that it’s not that sometimes I leave the top off the tooth paste, take long showers, leaving him with no hot water, or talk incessantly to my friends and relatives on the phone when he’s watching sports.

He’s been dealing with all my obnoxious habits for more than 20 years. That, along with my great sense of humor, generosity, intelligence, great cooking skills and general cuteness. No, it could not be me.

No, it’s gotta be something else. I did some research on the Internet, and aha! Maybe he’s going through manopause! I learned that male menopause involves hormonal, physiological and chemical changes that occur in ALL men between the ages of 45-60, though it can occur as early as 35 or as late as 65.

In his book, “Male Menopause,” author Jed Diamond lists the top warning signs of male menopause. My husband has a several of them:

Taking longer to recover from injuries. (Or talking longer about injuries)

Sleep disturbances. (from my occasional snoring?)

So what’s a man going through Manopause to do? Diamond has some sound advice for my husband and all of you “older” fellas:

Move from the pressure of sexual performance to the joy of sexual fulfillment (Am I allowed to write this in The Mirror?)

Focus more on being and less on doing. (I did buy him “The Secret” for his birthday one year…)

Change from having a career based on necessity to a calling based on soul-work. (The stock market came calling, and he’s doing really well!)

Relate to other men as friends and allies rather than as competitors. (This one needs a little work)

Lay the foundation for becoming healthy, wealthy and wise. (He’s GOT this one, thank goodness!)