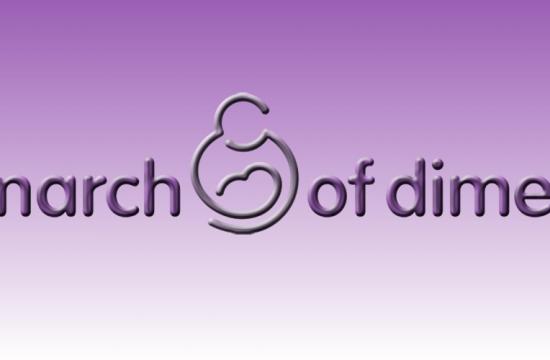 Senator Ben Allen received the 2016 March of Dimes Legislative Champion Award, today, in a special presentation before nearly eighty volunteers and staff at the annual March of Dimes day of advocacy and awareness. Volunteers came from across the state to Sacramento to educate legislators about the March of Dimes mission and advocate for key 2016 legislative initiatives

Senator Ben Allen was recognized by March of Dimes for co-authoring SB 277, which eliminated the personal belief exemption from school immunization law Senator Ben Allen co-authored SB 277 with Senator Richard Pan, who received the 2012 March of Dimes Legislative Champion Award for authoring and getting signed into law AB 395 in 2011 to require newborn screening for severe combined immunodeficiency (SCID).

“I am honored to be recognized by March of Dimes, an organization which has been making a difference in children’s health for more than 75 years,” said Senator Allen.

SB 277 became necessary as the number of personal belief exemptions rose by 337 percent in California between 2000 and 2012 and the exemption rates were as high as 21 percent in some communities. For certain diseases, vaccination rates of up to 95 percent are needed to preserve herd immunity and prevent outbreaks. A family refusing to vaccinate an individual child was placing that child at risk and increasing the risk of infection for others in the community, including babies who are born prematurely and those with compromised immune systems. Recent sizeable outbreaks of measles and pertussis (whooping cough) in California, demonstrated that preventable infectious diseases were making dramatic comebacks.

“March of Dimes wishes to recognize Senator Allen’s leadership,Gail MargolisChair of March of Dimes California Advocacy & Government Affairs Volunteer Committee and Vice President of Government, Business & Community Relations, Children’s Hospital Los Angeles. “His efforts are helping protect the health of all babies and children – including those who are born too soon or too sick to be vaccinated.”

Also honored today, as one of the 2016 March of Dimes Legislative Champion, was Assembly Member Catharine Baker (R-Dublin), for her leadership and votes on key maternal and child health bills including bills related to immunizations, newborn screening and tobacco control. March of Dimes also recognized two Volunteer Champions: Erin Richardson, from Simi Valley, for her support of SB277 and Cindy Wyvill, from the San Francisco Bay Area, for helping to protect newborn screening and testifying last year against AB 170 when March of Dimes was opposed to the bill.

Past March of Dimes Legislative Champions Recipients in California

Past March of Dimes Volunteer Champions in California

About March of Dimes