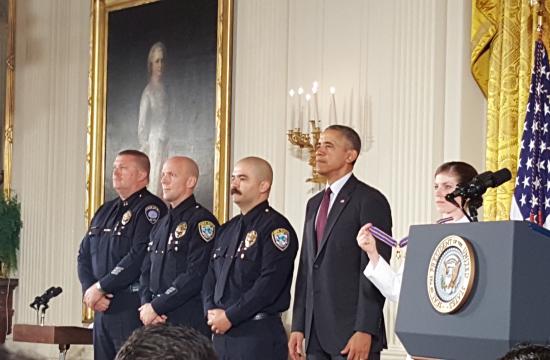 Chief Jacqueline A. Seabrooks remarked, “Officers Sparks and Salas displayed great bravery and courage during a violent encounter. Their actions were instrumental in bringing an end to a fierce confrontation. I am proud of their actions and of all involved in the incident.”

The medal is awarded to those who have exhibited exceptional courage, regardless of personal safety, in the attempt to save or protect human life.