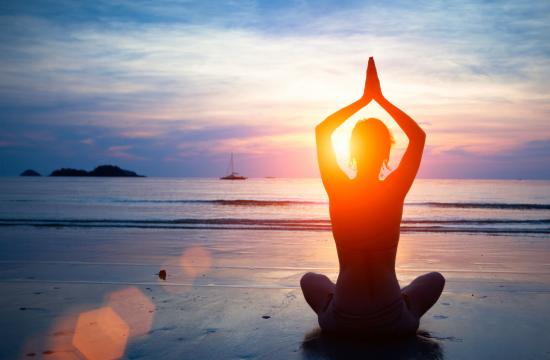 To reduce risk for Alzheimer’s, skip Lumosity (games claiming to improve memory, etc.) and get onto the yoga mat, this study by UCLA-led team of neuroscientists and funded by the Alzheimer’s Research and Prevention Foundation, adds in the release.

It further says: “If you or your relatives are trying to improve your memory or offset the risk for developing memory loss or dementia, a regular practice of yoga and meditation could be a simple, safe and low-cost solution to improving your brain fitness”.

Hindu statesman Rajan Zed, in a statement in Chicago today, called the UCLA looking into the usage of multi-faceted yoga to combat Alzheimer’s “a step in the positive direction”. Zed urged all major world universities to explore various benefits yoga offers.

Yoga, referred as “a living fossil”, was a mental and physical discipline, for everybody to share and benefit from, whose traces went back to around 2,000 BCE to Indus Valley civilization, Zed, who is President of Universal Society of Hinduism, noted.

Rajan Zed further said that yoga, although introduced and nourished by Hinduism, was a world heritage and liberation powerhouse to be utilized by all. According to Patanjali who codified it in Yoga Sutra, yoga was a methodical effort to attain perfection, through the control of the different elements of human nature, physical and psychical.

According to US National Institutes of Health, yoga may help one to feel more relaxed, be more flexible, improve posture, breathe deeply, and get rid of stress. According to a recently released “2016 Yoga in America Study”, about 37 million Americans (which included many celebrities) now practice yoga; and yoga is strongly correlated with having a positive self image.  Yoga was the repository of something basic in the human soul and psyche, Zed added.

UCLA claims to be “known worldwide for the breadth and quality of its academic, research, health care, cultural, continuing education and athletics programs.”