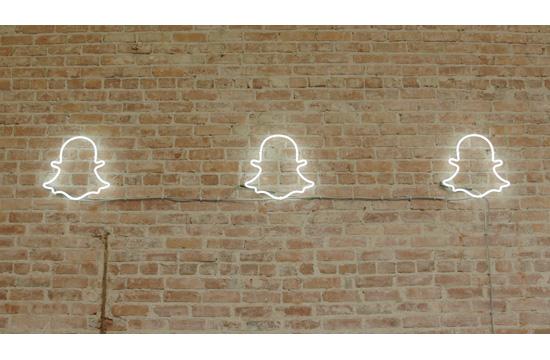 The familiar ghost, to anyone under the age of 21, is one of the world’s hottest tech brands, and it’s been given the go-ahead to call Santa Monica Airport home.

In line with the recently-adopted Santa Monica Airport (SMO) Leasing Policy, the City is moving forward with leasing City-owned properties, including those that were formerly the subject of subleases, the City said.

Residents surrounding SMO are welcoming their new neighbor, hoping that it’s an indication of more high-quality tenants to come.

“Snapchat is a no brainer good thing and clearly shows there are quality companies wanting to lease space directly from the city at market rates,” said resident and ‘No-Jets Santa Monica Airport’ campaigner Alan Levenson.

Snapchat is an image messaging and multimedia mobile app. with over 100 million users a day, according to recode.net. The app racks up more than 8 billion video views per day.

“Securing this major tenant helps ensure the Airport Fund’s financial self- sufficiency and allow it to repay its $13M debt obligation to the City,” the City stated.

The proposed lease agreement between the City and Snapchat is for a period of five years, with an option for an additional five year period, according to the City.

A commission of $804,834 based on 5 percent of the value of the total five-year lease term, would be due to Corporate Realty Group (CRG) for the proposed lease agreement should the lease be executed on July 1. The commission would exceed the funding currently authorized in CRG’s agreement with the City. The anticipated commissions through June 30, 2018 would be in an amount not-to-exceed $1,104,834.

At full occupancy, the rent shall be $3.07 per square foot, and includes a 3 percent annual escalation provision. Annual rent paid by Snapchat to the City will be approximately between $2.9 million and $3.2 million, depending on the year.

“SMO is a very desirable location with the views and open space. It will be no problem repurposing and leasing existing space to companies compatible with the neighborhood as specified in the airport leasing policy and the terms of measure LC,” Levenson added.