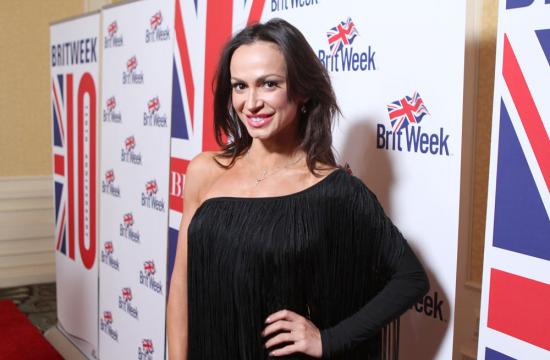 The Brits showed Santa Monica on Sunday evening that they know how to throw a grand party.

The Fairmont Miramar Hotel played host to the 10th Anniversary of BritWeek LA with a star-studded line-up of British celebrity.

The event also featured all-star performances from Alexander Jean comprised of Dancing with the Stars’ Mark Ballas and his fiancé BC jean, season 7 contestant of American Idol Carly Smithson, and So You Think You Can Dance winner Fik-Shun introduced by Nigel Lythgoe.

Guests at the event were treated to some of the most beloved sweets and treats from the UK, and were able to sample former Royal Chef Darren McGrady’s confections including his famous Butter Toffee Bread Pudding, a favorite of Princess Diana.

McGrady’s other treats served included his Chocolate Biscuit Cake which he has prepared for Princes Harry and William and chocolate birthday cake prepared for Queen Elizabeth.

Guests also indulged in other British food staples including fish and chips and meat pies provided by FIG Restaurant.

“BritWeek’s Tenth Anniversary was our best celebration to date, highlighting the great creative love affair between L.A. and the U.K.”, said BritWeek Chairman Bob Peirce prior to the event taking place.” We are grateful for all of the celebrities, partners, media and guests that came out to celebrate with us at the Fairmont.”

BritWeek continues to be a landmark event bringing together the best entertainers of the UK and the US, while supporting noble causes. BritWeek in LA will conclude on May 8.

For more information on BritWeek and upcoming events, visit http://www.britweek.org.