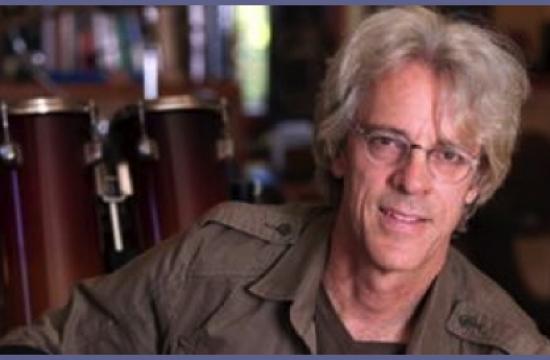 One of the ways that Marcelo Lehninger has put his stamp on the New West Symphony’s Masterpiece Series concerts during his four-year tenure as music director has been to include a new work of note on each program, or a unique way of presenting the program to enhance audience enjoyment. The final concert of the Symphony’s 2015-2016 Season, The Symphony Rocks, may be one of his most intriguing programs yet.

On May 12 at 7:30 pm Maestro Lehninger will lead the orchestra at Santa Monica’s Barnum Hall in the West Coast premiere of Stewart Copeland’s new work, Tyrant’s Crush. Internationally known as one of rock’s foremost drummers, Stewart Copeland also composes for orchestra, film and television. Tyrant’s Crush is a three-movement score that features Mr. Copeland on drum set and highlights the percussion and timpani sections, and is accompanied by the rest of the orchestra. The world premiere of Tyrant’s Crush was performed in February 2016 by the Pittsburgh Symphony, which commissioned the work. That concert was also led by Marcelo Lehninger as guest conductor.

Maestro Lehninger is enthusiastic about the program. “The audience is going to have a lot of fun; Tyrant’s Crush is easy to listen to and really entertaining. The other pieces that I have chosen are from operettas, or comic operas. The sparkling Die Fledermaus Overture and the dramatic yet delightful Der Rosenkavalier Suite provide moments that range from extreme happiness to very dramatic, and end in the grandest way.”

“When we premiered Tyrant’s Crush in Pittsburgh, Marcelo Lehninger and I found that there’s no reason a supposedly ‘classical’ orchestra can’t burn the house down as well as any rock band,” said Mr. Copeland. “I hope the folks on the West Coast get that same excitement when we fire up the percussions in May with the New West Symphony.”

The first movement of Tyrant’s Crush, entitled “Poltroons in Paradise”, is about those who ride in on the back of a revolution and then discover the temptation of things against which they had revolted. The movement is followed by “Monster Just Needed Love (but ate the children anyway)”, and “Over the Wall (or up against it)”. The work speaks of the profound social awareness that Stewart Copeland finds inherent in music.

Die Fledermaus (“The Bat”) is filled with mistaken and concealed identities, glittering balls, assignations and an unquenchable joie de vivre, and the Overture perfectly reflects the heady world of champagne, Schlag and chambres séparées. The Suite from Der Rosenkavalier includes a rousing selection of waltzes and some of the most memorable music to emerge from the opera house in the 20th century. For complete program notes, click here.

Hear & Now Live, a lively, 30-minute pre-concert talk, will take place one hour before each performance. The commentator for this talk is director and composer Veronika Krausas.

About the New West Symphony

Founded in 1995, the New West Symphony is a professional orchestra that draws it’s players from the rich talent pool of professional Los Angeles-area musicians. Led by music director Marcelo Lehninger, the Symphony is the resident company of the Oxnard Performing

The Symphony also provides quality outreach and educational opportunities for the communities it serves through its annual Symphonic Adventures concert programs for youth, its traveling Music Van, and its New West Symphony Harmony Project of Ventura County, a year-round, tuition-free music and leadership program for underserved students.