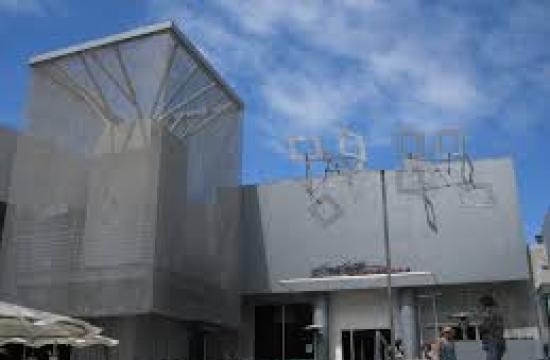 Actress Barbara Tarbuck’s loving, touching and often hilarious solo show about an older woman who sets out to take her husband’s ashes to Burning Man, where she encounters the vast open space, violent dust storms, glowing night skies and uninhibited joy of thousands.

Written and performed by Mar Vista resident Barbara Tarbuck. Her daughter attended Santa Monica High School and Barbara taught an activing class through UCLA Extension for 20 years on Westwood. She won the Distinguished Instructor Award in 2006 and shortly after retired from teaching a regular class. Now she teaches occasional audition workshops and scene study master classes at the Ruskin Group Theatre in Santa Monica.

Trained on a Fulbright Grant to the London Academy of Music and Dramatic Art, Barbara’s New York theater work includes the American premiere of Harold Pinter’s Landscape and Silence; David Mamet’s The Water Engine at the Public Theater; the Broadway production of Neil Simon’s Brighton Beach Memoirs and the national tour of his Broadway Bound; and the Signature Theatre production of María Irene Fornés’ Enter the Night. Regional standouts: numerous productions at South Coast Rep including Sidney Bechet Killed a Man, Blue Window and, more recently, Becky Shaw; Long Days Journey Into Night at Dallas Theater Center; Six Characters in Search of an Author at Williamstown; Death of a Salesman at San Diego Rep; and The Cripple of Inishmaan at the Geffen Playhouse. She has been featured in feature films such as Walking Tall, Curley Sue and Peter Greenaway’s Tulse Luper Suitcases. Hundreds of TV guest stars include recurring roles on Falcon Crest, Cagney and Lacey, American Horror Story and Asylum, but she is best known as Australian Jane Jax on General Hospital. She’s just completed work on a pilot for a new half-hour comedy called Disillusioned.