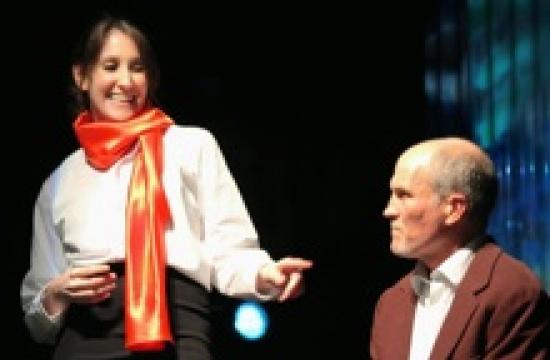 All speak to the American experience, and all were Pulitzer Prize winners or runners-up.

All performances at 2 PM, followed by a post show discussion.

Tickets Go On Sale Tuesday, May 31

Eric Bloom, Artistic Director of the Santa Monica Rep Play Reading Series said, “The national conversation around the current Presidential election inspired our selection of plays for this, our first full season in The Edye. Through absurd comedies and poignant dramas, they all ask important questions: What are our national priorities? Is the future of our planet safe? What can we expect from government? Why is sexuality still such a taboo subject, and at the same time used for political gain? How do we make sure the working poor are not left behind? And why are some people inclined towards self-destruction? These plays were enlightening and delightful at the time they were written, and are surprisingly relevant today.

And of course the audience is welcome to join the company after each reading for an open discussion of the big questions that each play poses.”

The Skin of Our Teeth by Thornton Wilder, an absurd comedy about a family surviving through eternal lime, explores the near constant catastrophes that human civilization just barely gets through (by the skin of our teeth!). Climates change, war is never-ending, and there are self-inflicted wounds of electing leaders who don’t have our best interests at heart; the main character may even remind you of someone.

The Grapes of Wrath by John Steinbeck adapted by Frank Galati, takes us through the Dust Bowl years and reminds us that the challenge of income inequality is ever-present. The play asks what should we legitimately expect our government to provide for the working poor? How does a capitalist society take care of its most vulnerable, and often, hardest-working citizens? Presented with live music.

The Heidi Chronicles by Wendy Wasserstein is a coming of age story set against the women’s liberation movement. With the high potential of viable women candidates, the question of and fight for women’s rights is still a topic of conversation in our political debates.

By mirrormmg May 22, 2016
in Uncategorized
Related Posts