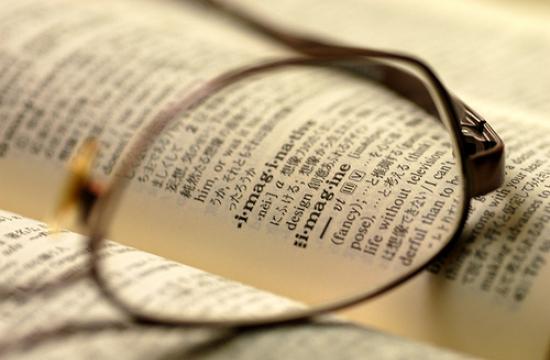 OpEd: The English language is possibly one of the most rubbery on earth. In the 1960s, spoken English absorbed so many new enhancements that I can write a sentence like “Let’s get high and jam on our axes” and most of you readers will understand that I’m talking about making some pot-inspired guitar music, not pitching a competitive event involving lumberjack skills.

Those spoken adaptations, which emerged from that same sixties vortex that pulled African-American street slang into the mouths of privileged college-attending whites, were then further enhanced as rap and hip-hop music became the lingua-franca of American pop. Not all of this was for the better, as any woman who has suffered through a song about “bitches” and “hoes” will attest.

I discovered many years ago that things can reach a point of critical mass when my grandparents started having an argument, and then my grandmother softly advised my grandfather that they should not have a “hassle” in front of the grandchildren. They lived on a farm; they ‘hassled’ with corn and tractors.

But that didn’t mean I corrected them or that I somehow needed to own their use of language just because I was from a younger generation. Still, you sometimes want to step in and make some adjustments.  One of those would certainly be with use of the word “awesome,” which has traveled an interesting path from surfer jargon to meaninglessness in what history may show to be record time. The Grand Canyon or a ride aboard the Space Shuttle is awesome. A cheeseburger is not. Or is it?

Spend an hour on MSNBC and I assure you that you will hear the phrase “At the end of the day…” at least four to six times. Online sources indicate that the phrase means “When everything is finished” and “in summary” or “ultimately.” But that’s not exactly how I think the phrase is being deployed right now.

I think it’s being used in the same way Bill Clinton used pounding on a podium to assert that what he was saying was somehow irrefutably true. As in (pound on each word) “I did not have sexual relations with that woman.” First of all, don’t pound on something when you’re talking about sexual relations.  Secondly, the replacement for Clinton’s drum solos came along soon enough when the Bush administration found that it could deploy the phrase “Make no mistake…” as though what was being said was, again, irrefutable. Of course we did make mistakes with Bush, but let me save all that for my upcoming book, “Why Aren’t You Dudes in Prison?”

What’s happening with “At the end of the day…” in this cantankerous political year is that it’s being used as a paragraph closer just after someone has asserted that something or other will ultimately prove to be the case, and we have absolutely no idea what will prove to be the case with this election.   We really don’t. Not at the end of this day. Perhaps on Wednesday, November 9th of this year we will know.  But then again, we could be looking for hanging chads for months. (Please God… don’t make us go through that again.)

We live in a time in which people want to assert something not supported by facts, and then their wish is sealed shut with a seemingly final “At the end of the day…” And that’s not helping us make decisions or to be vigilant about what is being said. Hard facts are replaced with speculation predicated on polls, the methodology of those polls becoming increasingly suspect. TV news purveyors “reporting” on a primary contest make a point of waiting until the voting in states is closed, then immediately roll-out exit polls.

A current witty online video comically explains the very real assembly process of a news “package:” A problem is presented, then there are some charts and graphs, then there is footage of people walking around somewhere – perhaps not even in the country in question – and then the reporter issues a dire prediction while standing in front of an impressive building and signs-off. The reporter could just as easily state their name, following it with “at the end of the day.”

Buying back some outrageous and erroneous statement made in the heat of political campaigning used to take weeks; now there’s a corrective Twitter message an hour later. A bloviating candidate can do a corrective interview a week after saying something factually wrong, and with a smile and some chutzpah he or she is off the hook. Unfortunately, our most pressing problems are all based on painful facts and reality.  But I get to say all this in print, have you read it, and then adjust my statements next week in a column I will get Mexico to pay for.  So, at the end of the day… I’m also off the hook.